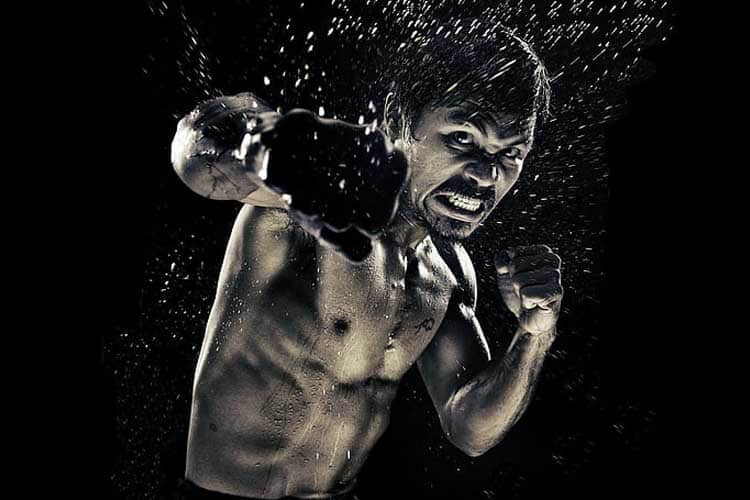 Emmanuel “Manny” Dapidran Pacquiao, also known as “Pac-Man,” is a Filipino professional boxer, basketball player, entertainer, and politician. As the only eight-division world champion in the history of boxing, many historians regard Pacquiao as one of the greatest boxers of all time. 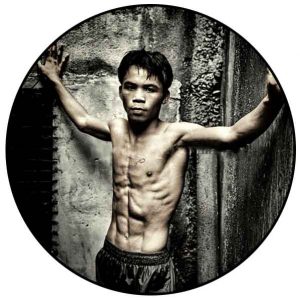 On Saturday, September 26, 2020, MMA superstar Conor McGregor announced his intention to face off against Manny Pacquiao in the boxing ring in 2021. According to McGregor, the fight will likely be held in the Middle East (probably Dubai), and its hype and PPV interest should rival the Pacquiao-Mayweather bout of 2015 or the Mayweather-McGregor bout of 2017.

Senator Pacquiao has accepted the fight and is reportedly already preparing his training camp for the contest. A Pacquiao spokesman has stated that a large percentage of the boxing legend’s earnings will go to Philippine victims of the coronavirus pandemic. Pacquiao, obviously, is a heavy favorite to win.

Pacquiao was born on December 17, 1978 in Kibawe, Bukidnon, Philippines. Shortly after his parents split up, Pacquiao left school at 14 as his mother was no longer able to support her six children. While living on the streets of Manila as a teen, Pacquiao began boxing. Pacquiao describes his introduction to the sport as a necessity for survival.

“When I was younger, I became a fighter because I had to survive. I had nothing. I had no one to depend on except myself. I realized that boxing was something I was good at, and I trained hard so that I could keep myself and my family alive.”

By the time he was 16, Pacquiao had turned professional, having amassed a 60-4 amateur boxing record. Pacquiao won his first-ever pro fight, beating Edmund Ignacio by unanimous decision in four rounds.

Pacquiao earned his first championship belt in December 1998 when he defeated Thailand’s Chatchai Sasakul for the World Boxing Council flyweight title. In 2001, after moving into the featherweight division, Pacquiao beat Lehlo Ledwaba by a sixth-round TKO, capturing the International Boxing Federation junior featherweight title. He rose in predominance alongside the popularity rise of betting on boxing matches.

Over the next couple of years, Pacquiao won even more title fights. Pacquiao took The Ring’s junior welterweight championship by defeating Ricky Hatton in May 2009 and the World Boxing Organization welterweight title by besting Miguel Cotto in 12 rounds during their November 2009 bout.

The next few fights for Pacquiao equated to less success. Pac-Man lost to Timothy Bradley in June 2012 by the judges’ controversial decision. Just a few months later in December 2012, Pacquiao was knocked out by Juan Manuel Marquez in their welterweight match. According to Pacquiao, he was just hit by a punch he didn’t see.

These matches proved to be small hiccups for the Filipino, beating Brandon Rios is November 2013 and taking the April 2014 rematch against Bradley for the WBO welterweight championship.

However, Pac-Man’s biggest fight came on May 2, 2015 when he took on the undefeated Floyd Mayweather at the MGM Grand Garden Arena in Las Vegas. Billed as the “Fight of the Century,” Mayweather was able to win against Pacquiao by unanimous decision.

Two years later in July 2017, Pacquiao lost against Jeff Horn. Looking to be near the end of his career, Pac-Man was able to defeat Lucas Matthysse by a seventh-round knockout in July 2018.

Life outside of boxing

Originally using basketball as a cross-training sport for his boxing career, Pacquiao made his semi-professional basketball debut in January 2009 for the Liga Pilipinas’ MP-Gensan Warriors.

Pacquiao was then drafted 11th overall by the Kia Picanto in the 2014 Phillippine Basketball Association Draft, becoming the oldest rookie ever taken in the PBA Draft. As the team’s player-coach, Pacquiao played three seasons for Kia, officially retiring from his post as coach and player in 2018. 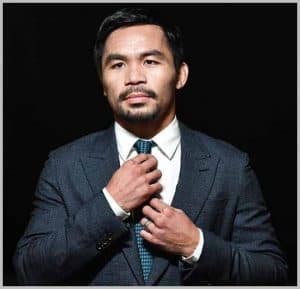 Outside of the sports realm, Pacquiao is heavily involved with politics in his home country. Pacquiao’s first taste of elected office came in 2007 when he lost the legislative election of the 1st District of South Cotabato province to Rep. Darlene Antonino-Custodio of the Nationalist People’s Coalition.

On her win over the Liberal Party’s superstar, Antonino-Custodio said: “More than anything, I think, people weren’t prepared to lose [Pacquiao] as their boxing icon.”

Undeterred, Pacquiao returned in 2010 hoping to represent the Sarangani province. A member of his own People’s Champ Movement, Pacquiao won more than two-thirds of the vote against Sarangani Reconciliation and Reformation Organization’s Roy Chiongbian.

As a member of the Partido Demokratiko Pilipino-Lakas ng Bayan, Pacquiao ran unopposed in 2013. Following his tenure as a congressman, Pacquiao expressed his desire to run for Senate.

On May 19, 2016, Pacquiao was officially announced as one of the 12 new members of the Senate with over 16 million votes. During his campaign, Pacquiao was a member of the United Nationalist Alliance.

Before taking his first lead role in 2005’s Lisensyadong Kamao, Pacquiao began his acting career as an extra in local films. Pacquiao would later star in the blockbuster flop Anak ng Kumander in 2008 alongside Valerie Concepcion and Ara Mina. The next year, Pac-Man headlined another commercial failure in Wapakman. Pacquiao has also appeared as himself in a number of television and documentary productions.

Pacquiao has also released two albums and an extended play as a musician. His debut record, Laban Nating Lahat Ito, was released in 2006 under Star Records. Pacquiao’s next album, Pac-Man Punch, was released by MCA Records in 2007. In 2015, Pacquiao released his Lalaban Ako Para Sa Pilipino EP.