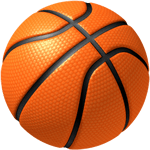 Whereas football is arguably the most popular sport in the world, there are several countries outside of the US where basketball reigns supreme, and the Philippines is at the top of the list. Basketball in the islands is played at both the professional and amateur levels, and there is a national Philippine team, too.

For fans and bettors, the country's Philippine Basketball Association, or PBA, is the most popular league. Of course, the NBA in America is a close second. Residents can wager on Philippines basketball – and all global basketball – through both domestic and offshore means, i.e. through legal offshore online Philippine sportsbooks. If you're a Filipino hoops fan, this page has all the information on the legalities of offshore betting and recommendations on where to safely place basketball wagers online.

Is It Legal To Bet On Basketball In The Philippines?

Yes! Philippine gambling laws allow sports wagering through authorized channels. PAGCOR, or the Philippine Amusement and Gaming Corporation, is in control of domestic sports betting. There are multiple physical betting locations throughout the country, and Metro Manila has the largest concentration of brick-and-mortar betting outlets. MegaSportsWorld (MSW) is the main provider in partnership with PAGCOR and offers hundreds of retail locations throughout the Philippines, as well as very limited online options for those 21 and older.

Residents also have the option of wagering through licensed offshore sportsbooks. These sites offer betting lines on the Governor's Cup, Philippine cup, other PBA basketball events and all kinds of sports, including international basketball. There are no laws against anyone using these sites, so they provide a fresh alternative for local bettors, often with support for many more markets and lines than they'll find through local channels.

And remember: Because no domestic Philippine operator is allowed to take online bets from Filipino players, offshore books are the most convenient options for all local basketball bettors. Online Philippine basketball betting is nothing but 'net!

Best Online Sportsbooks For Betting On Basketball In The Philippines 2022

There are many different offshore sportsbooks out there, but not all are considered legitimate. Our team of online sports gambling analysts have found the best available sportsbooks accepting Filipino residents and compiled them into the table below. These sites feature betting lines on local and international basketball, as well as many other sports categories.

All of our recommended brands have been tested for legal licensing, regulation, betting line selection, wagering type variance, bonus promotions, live/mobile betting capabilities, security features, and customer service options. You can look through these sites for yourself by clicking on the links provided in the table. From there, check out each component of the site to see if it has what you are looking for.

History Of Basketball In The Philippines

America brought basketball to the Philippines during their occupation of the nation in the early 20th century. The first men’s national team was introduced in the 1910s. They went on to compete in the Far Eastern Championship Games in 1913 and won nine out of 10 gold medals.

The Basketball Association of the Philippines landed a membership in FIBA in 1936, which is also the same year they made their Olympic basketball debut. Eventually, after the Philippines gained its independence, basketball began to flourish.

The PBA was born out of the Manila Industrial and Commercial Athletic Association (MICAA), a now-defunct league that was controlled by the Basketball Association of the Philippines. Nine teams came over from the MICAA, and the inaugural game was held on April 9, 1975.  The PBA’s current teams include:

As you can see, each team is carried by a corporate sponsor. As far as the season goes, it is not like your typical NBA season. The league is divided up into "conferences," and the conference champions do not play each other at the end of the year.

A PBA season is typically broken up into three conferences: the Philippine Cup, the Commissioner’s Cup, and the Governors’ Cup, in that order. If a team wins all conferences or cups, they are deemed the “Grand Slam” champions.

However, due to COVID, the 2020 PBA season and 2021 PBA season were altered from their typical schedules as follows:

The conference was then restarted again on November 3 and concluded on December 9 with Barangay Ginebra San Miguel defeating TNT Tropang Giga (4-1) for the title. Most of the games were held in a "bubble" at the Angeles University Foundation Sports and Cultural Center in Metro Clark.

The 2021 PBA Philippine Cup started on July 16, 2021, and was suspended on August 3. Play resumed on September 1 and ran through October 29. TNT Tropang Giga won the 2021 Philippine Cup, defeating the Magnolia Hotshots in five games (4-1).

The 2022 PBA season should see all three conferences contested as usual, though the scheduling will be different from prior non-COVID years. Since the conclusion of the 2021 Governors' Cup has pushed the start of the 2022 Philippine Cup back by several months, the final 2022 PBA schedule is likely going to be condensed with very limited rest between conference tournaments.

The entire 2022 PBA season will run from June 5, 2022, to May 10, 2023. As such, some outlets may refer to the current campaign as the 2022-2023 PBA season, though the PBA typically starts and finishes all three conferences within the same calendar year. (This is the last remnant of COVID rescheduling from past seasons and will hopefully be remedied by 2024.)

The current PBA conferences themselves will have the same number of games per team as usual, and the playoff formats are unchanged from prior PBA seasons.

Note: The 2022 Governors' Cup will feature the Bay Area Chun Yu Phoenixes of the East Asia Super League. As a guest team for the conference, they will compete as the "Bay Area Dragons." The Dragons are the PBA's first foreign "guest" team in 20+ years.

Right now, you can bet on 2022 Philippine Cup odds on a game-by-game basis, as all the most reputable offshore Philippine sportsbooks have PBA betting lines posted. However, you likely won't find Philippine Cup futures odds until later in the campaign or the start of the quarterfinals.

While the PBA is the sweetheart of professional sports in the islands, for basketball fans and bettors, America's National Basketball Association (NBA) is the most popular non-native league. NBA betting in the Philippines is one of the most popular gambling markets on domestic and offshore sports betting boards, and the league itself has made inroads in the country (primarily in the retail marketplace).

You can legally and safely bet on thousands of daily NBA betting lines and player props during each day of the regular season, and all the top-rated online sportsbooks also support live in-game NBA betting. Of course, the gambling opportunities really pick up during the NBA Playoffs and NBA Finals, which is especially attractive for more casual fans and punters.

The Philippine Basketball League (PBL) was a semi-professional league that also spawned out of the Manila Industrial and Commercial Athletic Association. It was founded in May 1983 in Manila City and officially ceased operations in 2011. The amateur league was originally known as the Philippine Amateur Basketball League before rebranding in the 1990s.

There were always many more teams in the PBL than the PBA, thus creating more competition. But these numbers fluctuated as time went on and sponsors came and went. There were efforts to strike a merger between the PBL and other smaller regional leagues, but these went nowhere.

When the PBA announced that it would launch a D-league (or developmental league), this ultimately sucked up all the competition and led to the PBL's disbanding.

The Philippines men’s national basketball team – aka Team Pilipinas – joined FIBA in 1936. They are currently ranked #31 in the world. The current Philippine men's national team coach is Chot Reyes, and the team, as a whole, has been pretty successful over the years.

The Philippine team's first tournament was the Far Eastern Championship Games in 1913, and the club defeated China in the first ever international basketball game in Asia.

Resources For Basketball Fans In The Philippines

Basketball Association Of The Philippines