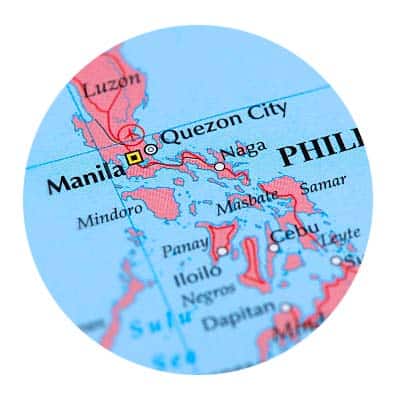 The local Philippine gambling scene is thriving. The nation is the most rapidly growing destination casino hub in Southeast Asia. There are several world-class casino resorts in the Philippines, most of which are concentrated in Luzon. Of course, you can find options for real-money domestic gambling in all Philippine regions. That’s true now more than ever, as nation has recently legalized online casino gambling and online sports betting for certain residents.

But even if you aren’t a “VIP,” you can safely and legally bet real money at offshore Philippine casinos instead of using local options. These sites are also open to players at just 18 and up, while local brick-and-mortar venues require all participants to be 21 or older. Of course, even if you do most of your gambling online through international channels, it’s still worth checking out all the entertaining retail casinos in the Philippines whenever you get the chance.

As such, Philippine gambling laws apply to all regions throughout the three big island chains. Local municipalities and barangays do have a say on what kinds of gambling are tolerated in their immediate vicinities. However, but these concerns are bolstered by local civic and religious influences rather than local laws. As such, they can be overridden by PAGCOR and the greater Philippine government if deemed necessary for the national interest.

The one partial exception to this is found in Cagayan Province in northern Luzon. This area – called the Cagayan Special Economic Zone (CEZA) or Cagayan Freeport/Clark Freeport Zone – is a specially designated area designed as a self-sustaining commercial and tourism destination.

As such, the CEZA authorities have greater say when it comes to managing local Freeport casino and Freeport gambling projects. PAGCOR is still in charge of Cagayan casinos, but CEZA has a bit more leeway than most other regional authorities.

As the most populous island group in the Philippines, Luzon has the largest number of brick-and-mortar casinos in the country. The biggest and most popular of these venues are in Manila, where there’s a heavy emphasis on integrated resorts, or IRs.

These venues are similar in size and scope to the biggest and best Las Vegas casinos or Macau casinos, which should give you an idea of what to expect when gambling in Luzon. 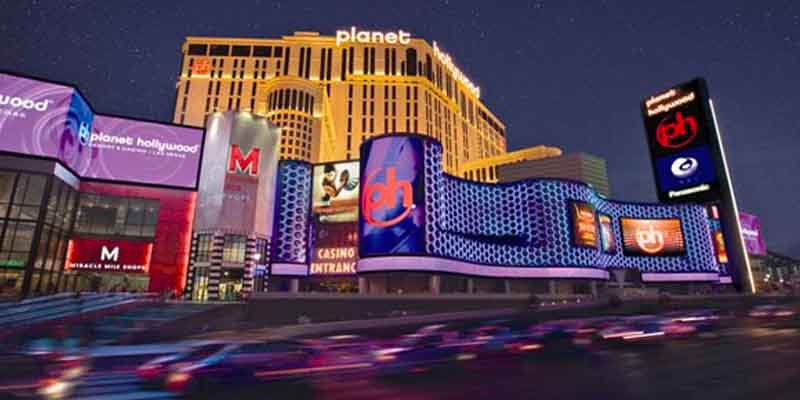 Metro Manila, aka the Philippine National Capital Region (NCR), is the urban center of the nation. Naturally, it’s also a major tourist destination for both residents of the islands and international visitors, making Metro Manila gambling options attractive.

Manila is home to the top resort casinos in the Philippines, with the most luxurious venues comprising the famous Entertainment City casino district. Imagine the Vegas Strip in the USA, and you’ll get the idea. 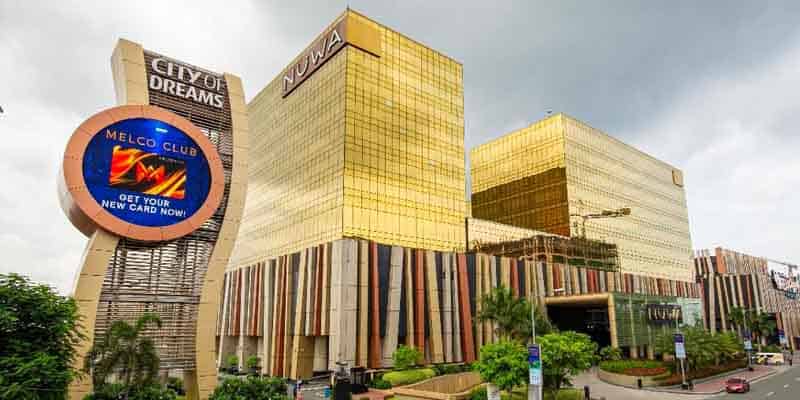 Entertainment City – aka E-City – is the major tourist destination in Manila/Luzon. So much so, in fact, that it used to be called “Manila Bay Tourism City”! And once the region began expanding its gambling options – especially its major IR casinos – it was even briefly called “PAGCOR City.” This is the place for gambling tourists from all over the world.

Currently, there are three massive Entertainment City casinos up and running, with two more licensed venues under various stages of construction: 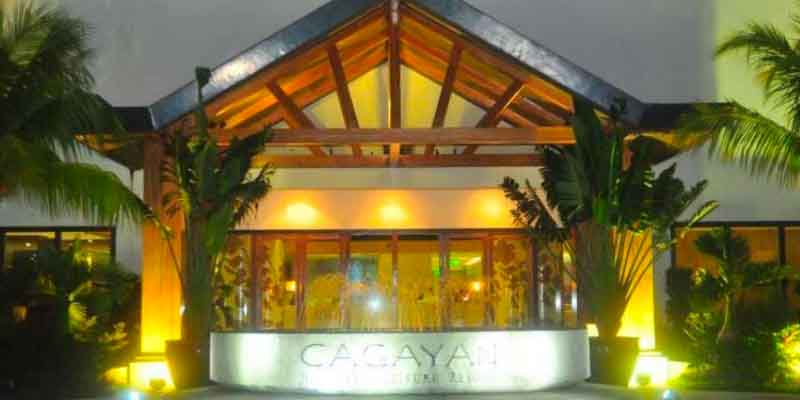 When it comes to the local Cagayan gambling market, PAGCOR ultimately remains in charge but gives a wide berth to CEZA administration. There are several casinos in Cagayan Valley, though these are slightly lesser venues than those found in Metro Manila.

Visayas – the central Philippine island cluster – is less of a tourist destination than Manila, but there are still plenty of things to do and see in the region. You can find several casinos in Visayas, including the famed Casino Filipino and the Waterfront Cebu City Hotel & Casino.

While these don’t attract as much international gambling attention, they do cater to some tourism and junket business. Locals are also able to gamble in these venues, although – just like anywhere else – they must meet certain financial requirements to be able to participate.

Mindanao is the southernmost large island chain in the Philippines, and there are several casinos in the region. The most famous (or infamous) Mindanao casino is the Grand Imperial Casino in Misamis Oriental. Of course, tourists and locals alike are probably more interested in the various Davao City casinos (i.e. the Casino Filipino Davao, etc.).

If it’s your first trip to the Philippines, Mindanao casinos are likely to be somewhat near the bottom of your list of major gambling destinations, but they’re still worth checking out.

With new Philippine casinos being constructed as the industry doubles down on gambling tourism in 2022, our Philippine casino list is necessarily a work in progress. We’ve included all 17 Philippine administrative regions here, but not all regions have active land-based casinos at this time.

Of course, with the nationwide rollout of limited online casino gambling (aka iGaming) and online sports betting via MegaSportsWorld (MSW), VIP players aged 21 and up have the option to gamble from literally any Philippine region.

Note: Official list of casinos in the Philippines is currently under construction.

Is gambling legal in the Philippines?

The Philippines has a healthy gambling industry, though local casino options tend to favor wealthier citizens and residents.

It is still legal for all adults in the islands to gamble domestically, but the majority of Filipinos have somewhat limited opportunities for doing so.

Online gambling with overseas casinos is much more universally accessible.

Is online gambling legal in the Philippines?

Online gambling is legal in the Philippines both domestically and in an offshore capacity.

However, as always, it is crucially important that you only gamble with the most trusted online PH casino operators like those featured here.

How many casinos are in the Philippines?

There are over 100 different brick-and-mortar casinos, card rooms, and E-Game salons in the Philippines, with Metro Manila being home to the majority of these.

The most popular gambling district is Entertainment City, which is basically the Philippine Las Vegas Strip.

Are casinos open today in the Philippines?

While the nation’s casinos and gambling houses were shuttered through much of 2020 and operating at reduced capacities in 2021, almost all Philippine casinos are back up and running at full capacity today.

When will casinos reopen in the Philippines?

If a particular casino in the Philippines was shuttered during the coronavirus pandemic and hasn’t reopened by now, it probably isn’t going to reopen at all.

Luckily, this didn’t happen to very many venues in the islands, so it shouldn’t be an issue.

How old do you have to be to gamble in the Philippines in person?

To participate in retail casino gambling, Filipino players must be at least 21 years of age. This is a universal rule established by congress, and there are no exceptions to this casino age minimum.

How old do you have to be to gamble in the Philippines online?

If you’re gambling at a domestic online casino or betting on sports online through MSW, you must be at least 21 years of age.

However, if you choose to use one of the offshore betting sites we recommend here, you can play real-money online casino games, bet sports, play online poker, and even wager on horses at just 18 and up.

What is the biggest Philippine casino?

The biggest casino in the Philippines in terms of game selection is the Okada Manila in Entertainment City.

The Okada Philippine casino has over 3000 slot machines and more than 500 table games on its gaming floor.

In terms of gaming floor size, the biggest PH casino is actually the Resorts World Manila. This E-City casino has 323,000+ square feet of gaming space, making it one of the largest casinos in the world.

What is the most popular Philippine casino?

Any casino in Entertainment City

It’s difficult to say exactly which PH casino venue is most popular.

All three Entertainment City venues see roughly the same foot traffic and revenues, though the Okada Manila is probably going to be rated number one by most guests.

Regardless, our rule is that you should make an effort to gamble at all the biggest casinos when visiting any major casino strip for the first time.

Luckily, it's easy to do that in Entertainment City.

What is the most popular local Philippine gambling game?

No matter where you are in the world, if you’re in a brick-and-mortar casino that has slot machines, slots are going to be the most popular games in the place.

Nothing else comes close to slots in terms of popularity, and that’s never going to change.

Are casino winnings taxable in the Philippines?

If you play with any domestic gambling operator in the Philippines, your winnings are taxable.

It’s also important to note that offshore casinos and other international gambling sites are not tax shelters.

You must always report your gambling winnings regardless of where you earned them.