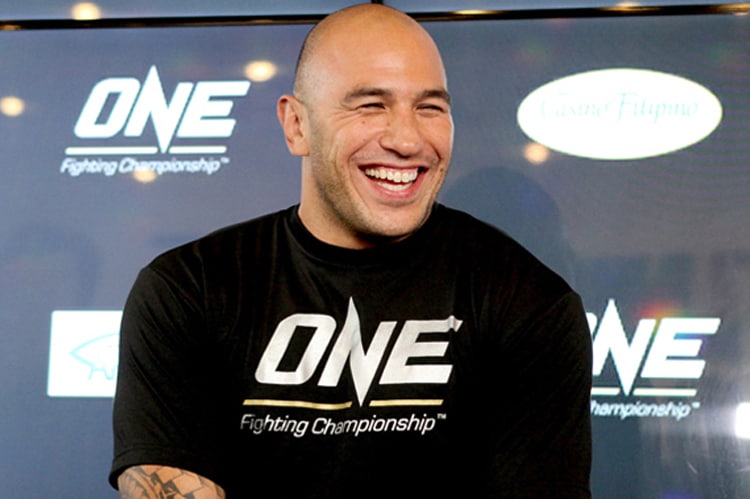 Brandon Vera is a Filipino-American professional fighter who has participated in MMA, kickboxing, and grappling events. He has had success in every combat sport he has participated in and has established himself as an all-around world class fighter. Brandon has fought with the USA’s Ultimate Fighting Championship (UFC), and the World Extreme Cage fighting (WEC), but is currently signed to ONE Championship, Asia’s largest sports media property. Since his contract with ONE Championship, Brandon’s popularity has catapulted across Asia. Brandon is currently the ONE Championship Heavyweight Champion and fights out of Quezon City, Philippines.

The Start Of A Career In Virginia

Brandon Vera was born in Norfolk Virginia, to a Filipino Father and an Italian mother. In school, he excelled in wrestling and eventually received a scholarship for wrestling at Old Dominion University. After a year or so of college, he decided to enlist in the United States Air Force. Once enlisted, he joined the USAF wrestling team. He ended up tearing ligaments in his arm and his USAF wrestling career was put on hold. His injury ended up getting him a medical discharge from the Air Force. Vera moved back to Virginia and started rehabilitating his arm until he was well enough to join the Grapplers Quest. During a competition, Vera caught the eye of Lloyd Irvin a black belt jiu-jitsu fighter and coach. Irvin invited Vera to train at his facility and it is at Irvin’s training facility where Vera was first introduced to mixed martial arts.

Vera and Irvin entered the MMA world as a fighter and trainer team in 2002. He won his first fight on July 6th when he defeated Adam Rivera by TKO in the first round. He would reign victorious a few more times before eventually relocating to San Diego to pursue more training. In 2005, Vera would make his UFC debut and would quickly rise to the top of the fighter chain. Once at the top Vera suffered his first loss when he broke his hand against Randy Conture in a championship fight. After his loss, he took time to recover before returning to the UFC cage. He would eventually return in 2008 and quickly suffered another loss. After the loss, he decided to cut some pounds and fight in the lower Light Heavyweight class.

In 2009, Vera got the chance to fight Randy Conture again in another UFC event. He would lose the fight to a controversial judge’s decision. Even Conture said he didn’t expect to get the decision. Vera was eventually released by the UFC in 2014 after 8 years of fighting.

Once Vera’s stint with the UFC was over he decided to take some time training and learning new techniques. He would eventually end up fighting in the ONE Championship, an Asian fighting promotion. ONE Championship has been greatly beneficial to Vera’s popularity by broadcasting his fights to over 1 billion viewers in Asian markets. Vera would relocate to Manila, Philippines to further his career with the ONE Championship. It was reported that Vera has begun training in the art of boxing and Arnis, promotional videos have surfaced of him practicing the traditional fighting technique. Vera is currently the ONE Championship heavyweight champion and his last fight was December 2nd, 2016 where he defended his rank with a 1st round TKO win.

Vera has had a decorated fighting career since 2002. He has won championships in the following forms of MMA.

Where Is Brandon Vera Today?

Brandon Vera relocated to the Philippines in 2016 and has pursued other ventures in addition to his career with ONE Championship. In the Philippines, Vera is a well-respected fighter and has recently started building a gym, acting, and has taken to be a spokesman against bullying and drug use. Vera currently lives in Manila and has been quoted as saying that he plans on retiring from fighting when he turns 40 in 2017. No official announcement has been made but he hasn’t fought in over a year. Like most fighters, anything that is practiced for so long is extremely hard to give up and with his current success, it is unlikely that he will retire without defending his title at least one more time.

A Few Of Brandon Vera’s Knockouts

Where To Find Brandon Vera: