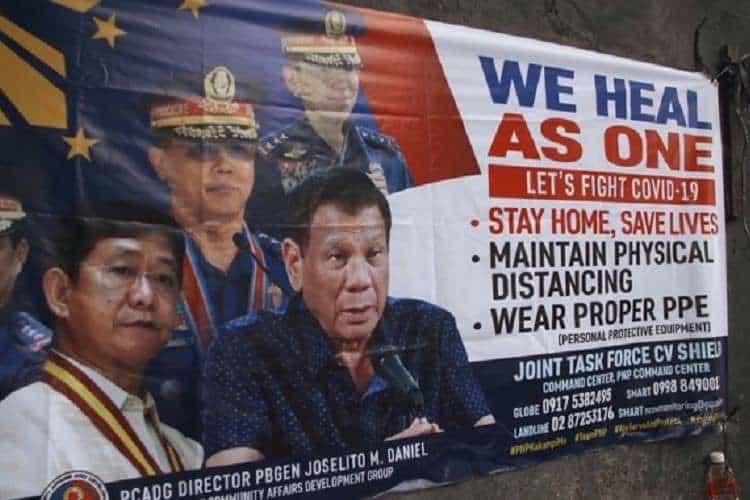 While Philippine POGOs have always been controversial since the Duterte administration approved and licensed them in 2016, that controversy has mostly been fueled by the Xi Jinping administration in China.

However, as easing of Wuhan coronavirus lockdown restrictions is underway in Manila and the rest of the Philippines, POGOs are courting controversy in another way: They have been deemed “essential services” by the Duterte administration.

This means that they are allowed to open earlier than the majority of Filipino owned and operated businesses, which are universally suffering due to the extended economic depression wrought by the virus.

As a result, many erstwhile supportive Philippine politicians have questioned the logic and rationale of the move, and it has led House Minority Leader Bienvenido Abante, Jr., to proffer a bill to ban POGOs outright.

The bill, informally called the Anti-POGO Act of 2020, seems to have strong bipartisan support, as Abante has described POGOs as a “source of unimaginable corruption.”

Further, Abante is uninterested in the record economic growth that POGOs have spurred by boosting the Philippine construction, housing, and consumer markets. Per Abante:

“[POGOs] cannot be justified by the amount of revenue that may be derived therefrom, for such revenue, no matter how big it may be, would be totally wiped out by the irreparable harm that results to individuals, families, and society in general.”

It is unclear if the target of Abante’s ire is the specific institution of POGOs or the more widespread gambling access – and thus gambling addiction – that it promotes.

It is unlikely, however, to be the latter, given that Filipinos cannot legally access POGOs and have domestic brick-and-mortar casinos, sportsbooks, lotteries, and cockpits to enjoy.

Thus, it seems Abante is more worried about the purported harm that POGOs do among the migrant Chinese populace, as they are alleged bastions of organized crime, human smuggling, rape, murder, and other offenses.

Still, the victims of POGOs seem to universally be the employees themselves, all of whom are Chinese immigrants present in the Philippines on work visas.

Of course, the real motivation could be two-pronged: Retribution for the Chinese virus itself, and resentment over the alleged preferential treatment the businesses are getting over native Philippine retail establishments.

“The Inter-Agency Task Force on Emerging Infectious Diseases recently allowed POGOs to resume operations under new ‘stringent conditions,’ including a cap on the number of employees that can work per shift and requirements that they must test negative for Covid-19 before being allowed on gaming floors.”

To be absolutely clear, and to correct a potential bit of misinformation in the above statement, POGO “gaming floors” are not typical casino gaming floors. No customers are allowed inside these facilities, and the floors’ personnel are all Chinese employees of the operations in question.

Therefore, there is no risk of Filipino citizens being exposed to COVID-19 on POGO “gaming floors,” as they haven’t access to them. Instead, these floors are simply where live dealer tables are located and games are livestreamed to players overseas.

Earlier in May, Franklin Drilon, the Senate Minority Leader, expressed his dismay that POGOs would be allowed to re-open – even with the above precautions – during the coronavirus quarantine.

Across the aisle, Senate President Vicente Sotto III said of the administration’s labeling of POGOs as essential: “If the executive department has a good reason, that is their call.”

Well, fortunately, the executive department – that is, the Duterte administration – indeed has a good reason.

According to the state-run Philippine News Agency, which first reported on the Anti-POGO legislation, Presidential spokesman and law professor Harry Roque expressed the issue plainly:

“The most important [aspect of the reopening] is all revenues from POGOs will be used to boost the government’s funding for COVID-19 response.”

And that revenue is far from peanuts.

The Philippine Bureau of Internal Revenue aims to collect a minimum of PHP 2 billion (US 39.5 million) per month from the roughly 60 PAGCOR-licensed POGOs in the nation.

Regardless of what the future holds for POGOs, they are largely irrelevant to Filipinos themselves. Online gaming, for PH residents, is against the law domestically, though they can freely access legal online casinos like Intertops, BetOnline, and other operators.

And no matter what happens to POGOs going forward, that will remain true.

In a rare positive development – that you may be able to soon wager on at the aforementioned offshore betting sites – back-to-back UAAP MVP Kai Sotto, the Philippine men’s national basketball team’s biggest star, has officially joined the NBA’s new developmental G League.

At just 18 years of age, the 7’2” center is on a mission to become the first Philippine-born player to suit up for an NBA team.

Sotto decided to skip college and play out his remaining year in the G League before next year’s NBA draft, despite drawing interest from several high-profile NCAA programs in the US.

Naturally, should he be drafted in 2021, Sotto will be drawing even more interest from basketball fans and bettors in the Philippines.

POGOs or not POGOs, this guy is an absolute pogo stick, so get your bankrolls ready!