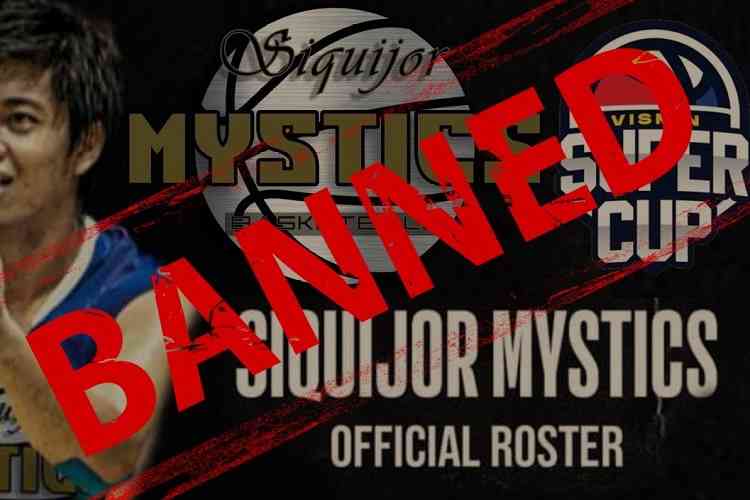 With lockdowns once again affecting the domestic Philippines casino market, there’s not a tremendous amount of market news to share currently.

However, casino gambling is just one aspect of the wider industry, and sports betting – thanks to the handful of legal offshore Philippines sportsbooks serving residents of the islands – is starting to pick up steam again.

Partially, that’s due to the ongoing NBA season in the US, which is extremely popular among Filipino punters. Basketball is the PH national sport, and after sabong, basketball betting in the Philippines is also the hottest betting market.

Only a Manny Pacquiao fight turns a bigger handle, and those are few and far between as the legendary pugilist turns his attention to Presidential politics (which is, incidentally, something you can also bet on at the best international online casinos serving PH gamblers).

No league, however big or small, are immune to these, but they do seem to be more prevalent at lower levels of professional or amateur play.

This week, one such scandal rocked the Philippines.

The Pilipinas VisMin Super Cup is a small professional basketball imprint in the islands, comprising players and teams from the regions of Visayas and Mindanao.

On Wednesday, in just the fourth day of the league’s inaugural season, a betting scandal reared its ugly head as a result of the game between the ARQ-Lapu-Lapu City Heroes and the Siquijor Mystics.

“The game…turned out to be a farcical display which touched raw nerves of basketball-hungry fans especially in the middle of the COVID-19 pandemic.

What hurt more than the botched free throws and blown layups was the dent on the integrity of the regional league which was only on its fourth playdate.

Since then, a deluge of criticisms have been thrown, with the most evident being allegations of game-fixing.”

The game was truly bizarre, involving a series of bizarre on-court sequences – including easy missed layups and free throws that seemed far out of line with the talent levels previously on display.

While footage of the game – which was suspended at halftime due to a “power interruption” – is scant online, the video we do have access to shows some questionable action, to say the least:

But wait there’s more from the same game. pic.twitter.com/LHgEsc1Qh6

For whatever reason, the athletes on both sides seemed to have been playing poorly on purpose.

While it’s unclear if match-fixing actually played a part in the game, it’s difficult to come to any other conclusion.

Of course, the fallout was swift.

Because the Philippines does not allow domestic sports betting on teams based in the islands, the government exercises heavy oversight on all potential match-fixing issues, and “thrown games” immediately bring with them the specter of organized criminal influence.

The league itself fined six Heroes players, suspending star baller Rendell Senining for the rest of the first VisMin conference and fining him 15,000 PHP.

But Senining claimed that his now-viral missed free throws were a response to the seemingly intentional poor play of the Mystics, and his lackadaisical performance was in response to the opposing team “disrespecting” the game.

However, in the immediate aftermath, the Philippines Games and Amusements Board (GAB) immediately commenced an investigation. On Wednesday night, GAB chairman Baham Mitra made a brief statement:

“We are awaiting the report of our sports regulators inside the bubble to be presented and decided upon by the board in our meeting tomorrow. We would like to remind our players that a license to practice [professionally] is not a right, but a concession and a privilege granted by the government.”

The conclusion came hard and heavy.

On Thursday, just one day later, it was determined that Senining’s claims were not – in themselves – unfounded.

While the Heroes players are still suspended for stooping to the level of the Mystics, the Mystics were indeed found to be the offending party.

As a result, the GAB has permanently banned the Mystics and all players and coaches from the VisMin Super Cup:

In addition, all previous Mystics games will be removed from the standings. Fortunately, the VisMin campaign is just a few days in, and those alterations should not affect the overall outcome of the remaining teams’ conference seedings.