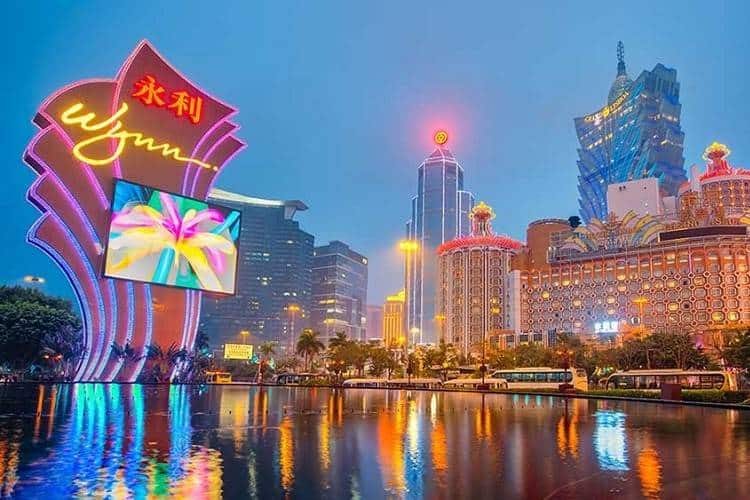 It’s been a reasonably quiet week in the Philippines gambling market, for a change.

However, thanks to the ongoing row between China and the Philippines due to the latter’s controversial POGO industry, developments in competing markets – especially those in China – are of much interest to Filipino casino insiders.

Just this week, the China News Service reported on a scam whereby investors were told that the Wynn Macau was soliciting financial backing for a new online casino enterprise.

The Wynn Macau, as one of the most popular and glamorous of all the multi-billion-dollar Cotai Strip casino properties, would certainly make a splash – and be immediately profitable – were it to open an online casino portal using its branding and cachet.

The only problem? As most Philippine gamblers are aware, online casino gaming is illegal in China.

Per GGRAsia, the Wynn Macau was taken aback by these developments and is clearly nonplussed.

“We are highly concerned by this recently reported incident and we have been liaising with the Macau Gaming Inspection and Coordination Bureau accordingly.

Wynn Macau does not engage in any online investment or gaming sites. We encourage the public to be extremely wary of any sites claiming to have a connection with Wynn.”

Online gambling is a particularly fiery hot-button issue in China, with President Xi Jinping’s administration taking charge of an international assault on the pastime.

While that attack hasn’t borne fruit in the Philippines thanks to President Rodrigo Duterte’s stance on national sovereignty, Beijing has been able to convince other gambling jurisdictions – like Cambodia – to give up their industries in favor of Chinese economic succor.

Despite China’s antagonistic view of online casino gaming, there is some concern that one way the country could cripple the Philippine POGO market is by simply legalizing – and tightly controlling – its own online gambling industry.

Since POGOs are largely run by Chinese immigrants in the Philippines and exclusively target Chinese and ASEAN customers (Philippine citizens are barred from patronizing POGOs), it would be trivial for Beijing to “cut off the head of the snake,” as it were.

However, due to the reaction to this Macau casino scheme, it seems like a cultural certainty that the Chinese casino market thriving in Macau will continue to be a traditional brick-and-mortar proposition.

Ironically, the recently constructed $4 billion Wynn Palace in Macao is proof that the market there is entrenched in the destination casino-resort model, with local government favoring the draw of tourism and tourism money to the widespread native gambling access that online gaming would provide.

For the Philippines, that’s good news, because POGOs are contributing significant monies to government coffers and would not be nearly so profitable without China’s online gambling ban driving workers and customers to the islands.

Of course, if you live in the Philippines, you still don’t have a reliable domestic way to gamble online, and there’s no telling when the government will allow its own citizens to participate via homegrown providers.

Until the Philippine gambling laws change, then, we recommend that you join a legitimate, legal offshore casino site for all your real money gambling needs.