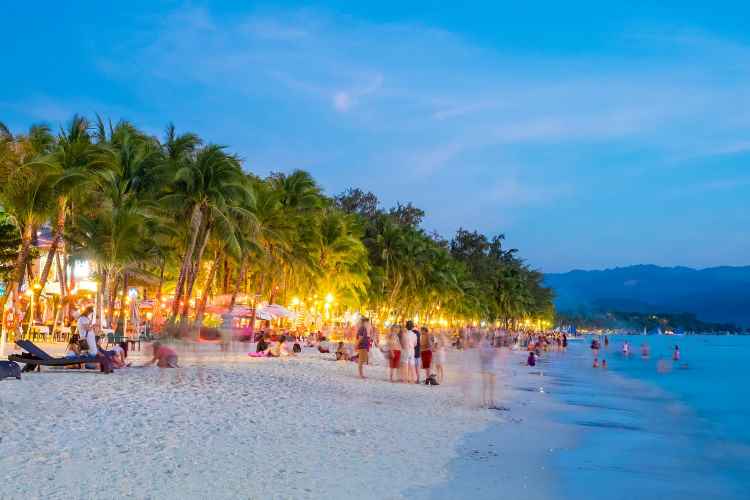 As in 2020, the coronavirus lockdowns in the Philippines have put a serious hurting on domestic casino revenues.

That said, because the nation learned from the pandemic’s economic impact over the last 18 months, the financial downturn prompted by this year’s Metro Manila lockdowns has been markedly less dramatic.

Last year, revenues compared year-over-year were down over 95% after going up nearly 12% in 2019.

That’s a swing of over 107%, and in many nations, such damage would be utterly insurmountable.

But the Philippines – behind President Rodrigo Duterte’s relaxing of anti-gambling laws for Filipino citizens and residents – has bounced back in a big way.

Additionally, the advent of PIGOs – or Philippine Inland Gaming Operators – has moved many real-money casino games online, which has also been a major boon.

Of course, the initiative is still in its early stages, and PIGOs are limited to so-called VIP members.

That is, they’re still not open to all Filipino gamblers in the islands.

And that reality can be reflected by the quarter-to-quarter losses suffered by major local casino brands in 2021.

But instead of dropping by 95%, the market has dropped by only 27% after spiking back up nearly 700% in the first half of the year.

This, despite being negative news in a vacuum, is a positive boon comparatively.

And the push to expand domestic Philippines gambling is just getting started.

After President Duterte publicly relented on his gambling stance and advised that locals who wish to gamble should go ahead and gamble, the previously stalled agreement between Leisure and Resorts World Corp (LRWC) and Macau’s Galaxy Entertainment Group is back in play.

This agreement would spearhead the development of a $550 million integrated casino resort in Boracay, a popular tourist island in the Philippines.

The new project has finally received approval from the Department of Tourism, as has the construction of a second IR in Boracay being built by Alliance Global Group’s Megaworld imprint.

Naturally, this news isn’t being welcomed by all.

While the casinos would go a long way toward increasing state tax revenues during the most important of times, environmentalists are slamming the decision as patently destructive to the “fragile ecosystem” of Boracay.

The idea, presumably, is that new casino projects in the area would ignore existing sanitation and pollution regulations and simply dump all their refuse and sewage into the same bodies of water they’re using as picturesque backgrounds for their gambling houses and hotel destinations.

That makes little sense, and there is little risk that such attractions would ruin the very attractors which makes them so attractive in the first place.

For the government’s part, it’s ignoring the hysteria and allowing the projects to commence as originally planned back in 2018.

The timetable on when these IRs will be constructed and ready for action is TBA, but 2-3 years isn’t an unreasonable estimation.

Of course, if you live in the Philippines and are a regular gambler, chances are that you regularly gamble online using an offshore operator.

These sites – such as 22bet and BetOnline, among other top providers – are safe and legal to use, and the domestic marketplace in the country has a long way to go before it can match the accessibility that such established venues provide.

Indeed, even when locals no longer need VIP status to gamble or bet sports online, many millions will still prefer the experiences offered by the sites they already know and love.

Expanded gambling is inarguably the correct route for the Philippines, but expected revenues must always be tempered by the long-accepted existence of legitimate offshore competition.

Hopefully, that competition will drive Philippines casino brands to innovate even more as the future unfolds.