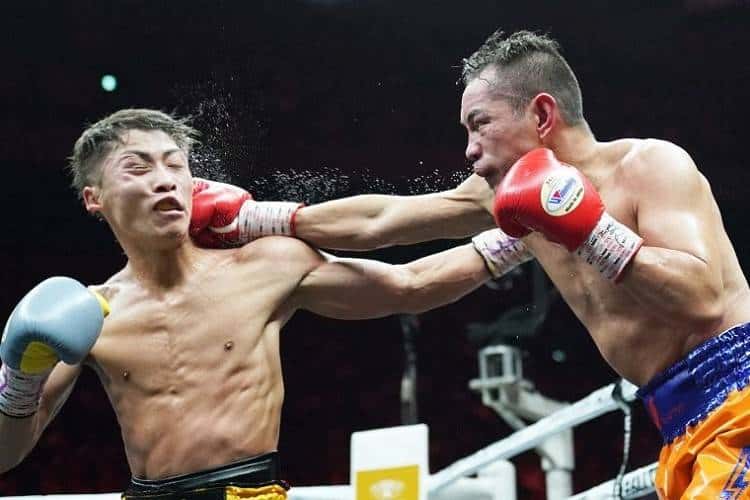 This past Thursday at 6:00 pm local time, every Philippine casino, betting parlor and restaurant in the islands aired the title bout between hometown favorite Nonito Donaire and Japanese up-and-comer Naoya “The Monster” Inoue.

And though Donaire lost the fight and suffered a rare late-round knockdown courtesy of a vicious liver shot, it’s clear there’s still life in the 36-year-old fighter. It is, of course, less clear where he goes from here.

Wherever his journey takes him, however, his millions of Filipino fans are sure to follow.

While Donaire doesn’t have quite the cachet of countryman Manny Pacquiao, the pugilist is one of the greatest in his nation’s history, and he is likely bound for the International Boxing Hall of Fame whenever he finally hangs up his gloves.

Before this week’s highly anticipated contest, the 26-year-old Inoue (19-0) predicted that the bout would live up to the hype, with his corner coming out on top by sending Donaire (40-6) to his sixth career loss.

“Nonito’s only advantage is his experience. He has been in many big fights. He is taller and his reach is longer, but that’s something we have prepared for. …

By taking the unanimous decision and winning what may well be Ring Magazine’s 2019 Fight of the Year, the bloodied Inoue retained his IBF and The Ring bantamweight titles while taking Donaire’s WBA Super bantamweight belt, further unifying the division.

Additionally, Inoue earned the Muhammad Ali Trophy, as the contest was the culmination of the eight-fighter 2019 World Boxing Super Series.

Despite the scores and the accolades for Inoue, and despite being heavily favored at -900 over Donaire – the victory wasn’t an easy one.

Donaire, famous for his punching power and nicknamed “The Filipino Flash” for his extremely quick hands, battered Inoue throughout the evening, giving him a challenge he’s never faced in his professional career to date.

After the fight, Inoue showed deference to his defeated rival.

“Donaire was very, very tough for me. I see Donaire as a true champion. He’s very strong but I was victorious. I need to get stronger.”

Inoue is especially right about that last bit, particularly as he used his championship performance as a springboard to a co-promotional deal that merges current representative Ohashi Promotions with Top Rank.

The move is designed to build Inoue’s profile and broadcast his fights on ESPN platforms beginning next year.

One of those, of course, could be a rematch with Donaire. But though the boxing community is already calling for such, it remains to be seen if either fighter is interested in taking much more abuse of the kind we saw in the ring Thursday night.

Nevertheless, both fighters should be wagering mainstays whenever – and whomever – they fight. Inoue, as one of the top-ranked pound-for-pound boxers in the sport, promises to be a betting favorite for years to come.

Meanwhile, even as Donaire’s legendary career is on the downswing, for those in the Philippines sports betting scene, Donaire will remain a massive favorite, even when he’s an underdog on the boards.