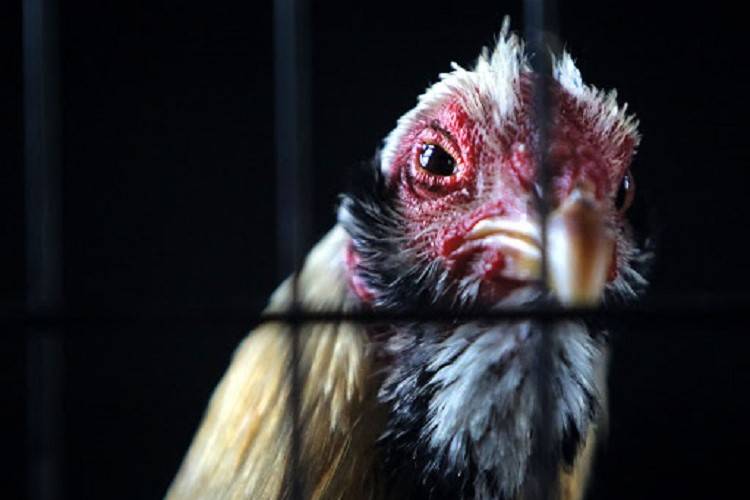 On the afternoon of May 28, amid ongoing coronavirus lockdowns and social distancing orders, three men were arrested in Cebu City for participating in an underground sabong derby.

The trio, all residents of Purok 1, Nangka, were the only individuals that remained on the scene after a much larger crowd dispersed before police arrived to break up the illegal cockfighting ring.

Illicit cockfighting is prominent and pervasive in the Philippines, and local authorities turn a blind eye to these events more often than not, despite the gambling laws against it.

However, there are two reasons why enforcement is being stepped up.

First and foremost, due to its popularity, underground sabong draws enormous crowds, tightly packed around the fighting pit, with money changing hands as bets as placed with attendants who literally work through the crowds to take wagers on the action.

Because of the Wuhan coronavirus and the social protocols in place to prevent the spread of the disease, many residents are more on edge. One such resident phoned in a report of the illegal activity, and police – in the interest of public health more so than the desire to root out underground sabong – descended on the venue and made their arrests.

Secondly, illegal cockfighting is currently being addressed anew in the Philippine legislature. A 2019 bill – HB 8910 – has widespread support in Congress, and its scope reaches far and wide in an attempt to bring underground sabong into the light.

Further, HB 8910 addresses e-sabong, which is unlawful online betting on the popular pastime. For that bill to function smoothly once it’s signed by President Rodrigo Duterte, law enforcement – under the direction of the Games and Amusements Board (GAB) – will need to beef up its policing of illegal cockfighting.

In broad strokes, the proposed law aims to alter the Philippine sabong landscape in significant ways, giving the GAB the power to enforce the following mandates:

In order for the state to successfully implement this law upon passage and signatory approval, it will be necessary – even after COVID-19 considerations are in the rearview mirror – to eradicate illegal fighting dens at a faster and more serious pace than has traditionally been employed.

This is, in effect, setting the table for these new regulations – and expanded cockfighting – to roll out in both a successful and competitive way.

In other gambling news, the Manila brick-and-mortar casino district remains shuttered in favor of continued coronavirus prevention, while operational POGOs are still controversial and could be on shaky legal ground going forward.

Unfortunately, there is still no inclination on the part of the national Congress to consider or authorize domestic online sports betting in the Philippines. Nor are Philippine online casinos in the offing, despite the obvious benefit of the model in the face of the widespread lockdowns.

If you live in the Philippines and wish to wager on sports or play slots, table games, live dealer games, and more, you can do so legally at any offshore betting site that serves PH residents.

Unfortunately, these online operators do not support sabong wagering, but NBA betting will be available in the near future as the league gears up to resume operations, and Philippine basketball fans are also eager to follow the progress of native son Kai Sotto, who could become the first Filipino to break into the National Basketball Association.

Mixed martial arts events – particularly the UFC – are also being held again, giving MMA betting fans even more options. Additionally, Bundesliga football is back in action, and while soccer isn’t the sport of choice in the islands, it remains a popular betting market among Philippine gamblers.

For the time being – and until the Duterte administration opens domestic online gambling to its own citizens – these legal online Philippine casinos offer the only way to gamble over the Internet for real money, quarantine or not.

And if you absolutely must bet on sabong, just remember to stay six feet apart from your fellow cockfighting enthusiast – and even farther away from those ferocious chickens!