Currently, the most trusted websites in the eSports betting industry do not have any betting lines or odds available on The Nationals. However, we expect this to change when the league kicks off competition in 2020. When the lines do become available, we’ll be the first to let you know. For now, eSports betting is growing in popularity, and websites are offering lines and odds on daily events and tournaments happening globally for Dota 2, League of Legends, CS:GO, and many more titles.

Is Betting On eSports Legal In The Philippines?

BetOnline is one of the most well-recognized names in the online eSports betting world. While eSports still has a lot of room to grow, bettors will find odds for games such as Counter-Strike, League of Legends, DOTA 2, and more. You can also bet on league futures and world championships.

BetOnline has a great reputation for fast payouts and multiple banking options for Filipino players. BetOnline currently offers new account holders a 50% Welcome bonus worth up to $1,000 when making their first deposits. Click the link below for more details.

Best Philippine eSports Betting Sites For Odds On The Nationals 2023

In 2018, The Nationals eSports League was announced, and the competition was and is sanctioned by the eSports National Association of the Philippines (eSNAP), which is the country’s governing body on eSports.

The league began play in 2019, and these three video game titles were selected as the competitive games for the league’s first season:

Once the Road to the Nationals elimination tournament concluded at the end of October 2018, five teams were formed by five business partners/sponsors, and each drafted the best Filipino gamers to form teams to compete in the league.

These gamers became pro gamers overnight, and they were given monthly salaries of ₱40,000-₱50,000. These did not and do not include the millions of pesos that are part of the league prize pool. Here are the five teams and sponsors for The Nationals (a sixth team is pending as of 2020):

Road to the Nationals – Elimination Tournament 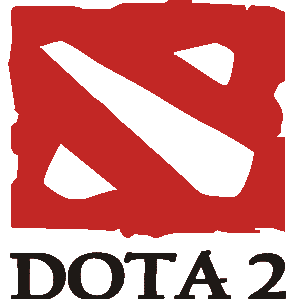 Road to the Nationals – Final Tournament

Once the elimination tournament concluded, the final 8 teams in each of the three different titles – Dota 2, Mobile Legends, and Tekken 7 –  competed in the grand final at ESGS 2018 (Electronic Sports Gaming Summit) from October 26-28. The final was held at the SMX Convention Center in Pasay City and offered a prize pool of millions of pesos. The winners received eligibility to be drafted by one of the teams making up The Nationals at the beginning of 2019.