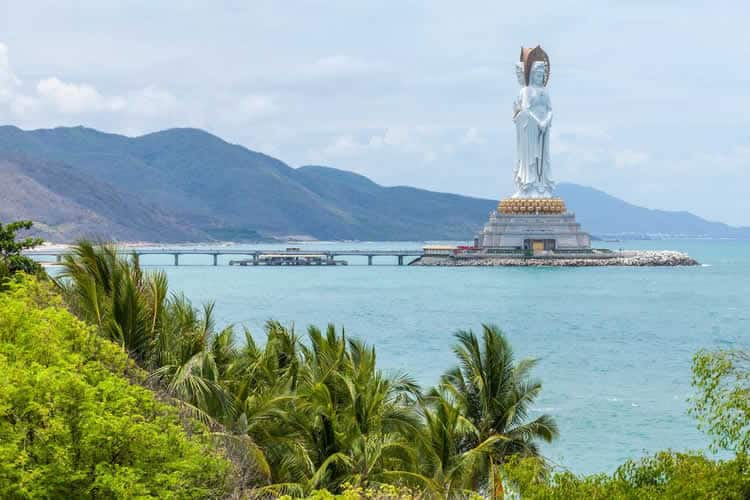 Reports have leaked that the Chinese Government intends to transform its lower southernmost province of Hainan into an economic zone and free trade port to bolster trade, investment, and development. This is good news for what is known as China’s Hawaii, an island province with dotted resorts along sandy beaches fit for tourism. Plans are underway for entertainment, hotel, and dining projects to be built to support the tourism infrastructure. However, some have speculated that China would like Hainan to compete along the lines of Macau by offering online gambling, sports lotteries, horse race betting, large-scale lotteries, and relaxed visa laws to facilitate travelers as well.

Currently, it is against the law to open casinos, organize gambling events, profit from gambling, create domestic betting sites, market overseas casinos to Chinese citizens, and sell lottery tickets not authorized by Chinese Government. Macau and Hong Kong are the only special sectors permitted to offer gambling. Potentially Hainan would be granted the ability to open a brick and mortar casinos, however, Macau is the only area allowed to have a physical casino at the moment.

The potential tension between Hainan and Macau could grow as the development of this story is either legitimized or put to rest. If Hainan were to offer gambling with relaxed visa regulations, they could compete with Macau and hypothetically draw a lot of market share. Hainan would then be the first area in mainland China to offer betting and gambling. Outside of Macau, Hong Kong would face steady competition from Hainan due to its projections for duty-free shopping, which may turn Hainan into a preferred destination spot in China.

To combat the further spread of rumors, local officials have begun arresting individuals who are either spreading physical lies or rumors online about Hainan’s possible development. Local arrests have been related to the spread of false real estate information concerning Hainan’s coastal regions. Rumors were stated that the price of land would go up and the scarcity of land to develop would begin as casinos, resorts, and such populate the island. Perhaps this was an attempt by local agents to drive up sales for interested investors trying to get a good deal before it’s too late. Either way, the reaction to these claims gives us the idea that this project was a secret China didn’t want to be revealed yet or they want to control lies before they spiral into other extreme claims.

Does China really intend to produce another Macau on Hainan Island or was this just another rumor that spun out of control? Hainan’s development toward gambling would be revolutionary for domestic Chinese travelers looking to gamble. In either case, gambling outside of small-scale lotteries remains illegal in mainland China. Those interested in gambling sooner rather than later can still access offshore online casinos and enjoy legally licensed gambling entertainment.

However, be mindful of efforts from anti-corruption campaigns and anti-gambling parties which will surely come together to smudge out any possibilities of Hainan offering expanded gambling. Most say that speculations were far-fetched – that Hainan’s expansion related to the horse racing industry with no ties to developing the wagering industry in Hainan, even though they often go hand in hand with one another. Therefore, a mix of news floods search engines, researchers, and news outlets; only time will tell what will happen to Hainan.