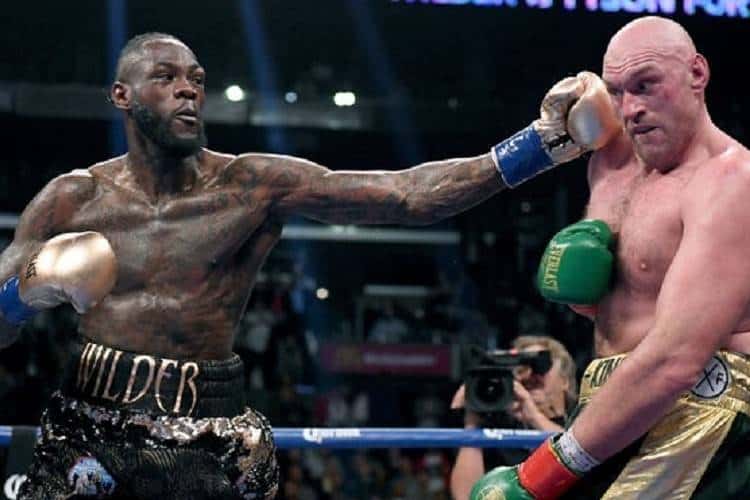 There’s no doubt that the Philippines loves its boxing.

But it isn’t often that the nation’s boxing fandom shows much interest in the heavyweight class or in fighters outside of the ASEAN countries. That said, the Deontay Wilder-Tyson Fury rematch is a clear exception.

The heavily anticipated sequel has been generating buzz since the first fight ended in a controversial draw back in December 2018, despite the stronger Wilder putting Fury on the canvas twice during their 12-round title fight.

This time around, with a third fight practically guaranteed thanks to an immediate rematch clause, there is no need for any scoring shenanigans to ruin an otherwise epic battle, which this fight promises to be.

After all, Wilder, nicknamed the Bronze Bomber, has historic power in his right hand, with many in the boxing community of the opinion that he’s the hardest puncher in history. While he won’t regale the audience with swift feet and quick hands like the legendary Manny Pacquiao (he’s not the Pac Man, he’s the Black Man, after all), Wilder brings undeniable raw power to the ring.

Meanwhile, Tyson “The Gypsy King” Fury – is the most polarizing talent in the sport, authoring one of the great championship upsets in history when he took away Wladimir Klitschko’s belts in 2015 before succumbing to the overwhelming burden – and price – of instant global fame. But Fury is back, and he looks to be as fierce and stone cold as he ever was.

For Philippine sports betting fans, this fight promises to turn a big handle. With its PPV numbers estimated to cross the coveted million mark, the bout has “global sensation” written all over it.

However, with recent coronavirus concerns sweeping the region, Filipino bettors may not want to mingle in large groups to watch or bet on the fight. And though broadcast coverage may be unavailable or spotty, you can avoid the crowds and lines at local MegaSportsWorld outlets by using legal online casino sites like BetOnline and Intertops.

These sites are located offshore but operate in accordance with Philippine gambling laws, and that means that you can wager on the contest anywhere you have an active Internet connection.

Wilder-Fury II Tale of the Tape

If you want to know how to bet on the Wilder-Fury rematch, you should watch the first fight before placing your wagers. You can find the full bout online for free with a quick search if the embed below doesn’t work in your area:

The best Philippine sportsbooks already have a number of Wilder-Fury II props posted, with more to come by fight night. A few of the best boxing props for the bout are listed below, though there are several more available online.

Tyson Fury to Wear Headwear or Hood During Walkout

Fighters to Touch Gloves Before Fight

Either Fighter to Lose Mouthpiece During Fight

Tyson Fury to be Knocked Down and Win Fight

Deontay Wilder to be Knocked Down and Win Fight

Tyson Fury’s Corner to Throw in the Towel

Deontay Wilder’s Corner to Throw in the Towel

Fight to be a Draw and Fury to be Knocked Down

Fight to be a Draw and Wilder to be Knocked Down

Tyson Fury to Win in the First 60 Seconds

Deontay Wilder to Win in the First 60 Seconds

Round Betting – Wilder To Win

Round Betting – Fury To Win