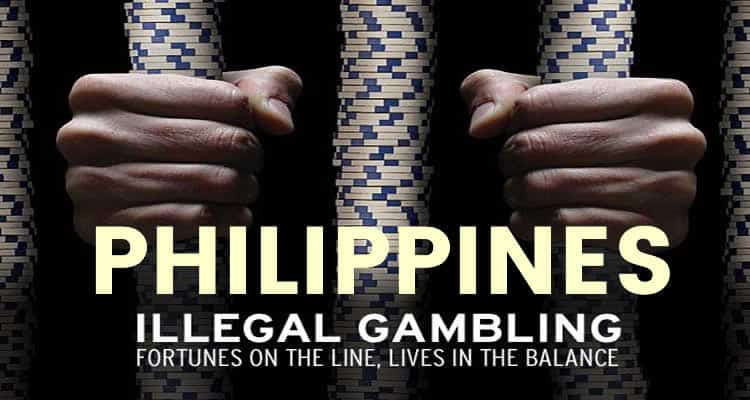 There is a war on illegal gambling taking place in the Philippines and the crackdown has already begun. In early February, President Duterte signed Executive Order No. 13 which reads “Strengthening the fight against illegal gambling and clarifying the jurisdiction and authority of concerned agencies in the regulation and licensing of gambling and online gaming facilities.” In the wake of the executive order there have been numerous raids that have led to hundreds of arrests. It remains to be seen specifically how this may impact legally licensed online casinos accepting players from the Philippines.

The latest gambling raids have led to the arrest of 232 people in the six Bicol provinces of the island nation. “The crackdown came in the form of street arrests of jueteng (illegal numbers games) bet collectors and raids in gambling dens operating table games such as ‘pushy,’ ‘tong-its,’ poker and mahjong,” said the Chief Superintendent Melvin Buenafe who is the director of the Police Regional Office (PRO5) in Bicol.

According to the Chief Superintendent, police have conducted 76 anti-gambling operations from February 3rd to the 18th resulting in numerous arrests where suspects were also involved in illegal cockfighting, bookmaking, and other forms of illegal gambling. He also added that from the raids and the arrests made, police confiscated 47,841 Philippine Pesos.

Buenafe is quickly becoming a champion of President Duterte’s war on illegal gambling in the Philippines. He has made it a personal mission to stop all the various forms of illegal gambling that goes in the Philippines. He has been quoted publicly to believe gambling as the root of most of the criminal behavior in the district and even has links to drug addiction. Its drug addiction that Buenafe believes to lead to other petty crimes and motivates people to gamble in order to buy drugs with their winnings.

Last week all the top Philippine Police Officials got together for a conference that addressed the issue. All the highest officials of the Police Regional Office in Bicol, along with six PNP provincial directors and the city director of the Naga City Police Office were in attendance. Buenafe’s plan was to reorganize everyone in doubling their efforts towards eradicating illegal gambling of every kind. The plan that was reiterated to the police officials, according to Buenafe, surrounded a “three-strike policy” and something called a “Target Output Policy (TOP) Charlie” which apparently takes the anti-illegal drug campaign called “Oplan Tokhang” and temporarily replaces it.

Seemingly aimed at the officials, under TOP-Charlie, the chief of police, city director, and provincial directors who fail three times in the deployment of the program will risk facing administrative cases that could result in being automatically relieved of their posts and reassigned. The men of PNP Bicol are already aware of this according to the Senior Inspector Ma.Luisa Calubaquib, who remarked on it as a hallmark of the previous director, Victor P. Deona.

In the previous director’s term, an advisory board created by Camp Gen. Simeon Ola issued the target output policy assessment to various provincial directors and chiefs of police who subsequently failed the assessment and were relieved of duty. The officials went back through a retraining process in order to meet the standards by which the board deemed fit for their roles in leadership. The Advisory board consists of high ranking government officials as well as non-government organizations, persons of academia and religious groups. Based on the nation’s current stance concerning gambling, we can probably expect some shifting in Philippines Gambling Laws.