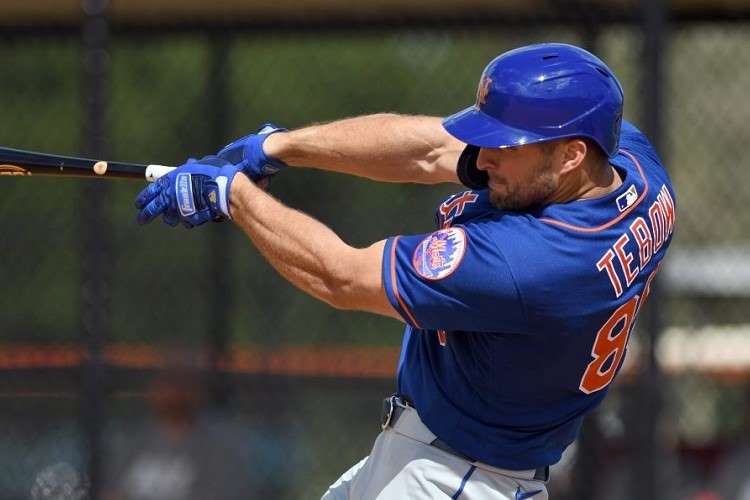 While baseball isn’t typically a big-money betting market in the Philippines, this year could be different. That’s because Tim Tebow will be playing for Team Philippines in the World Baseball Classic qualifiers.

How is this possible?

In fact, Tebow called the Philippines home until his Baptist missionary parents returned to the United States when he was four years old. But his connection with his birth nation never faded, and now he’s suiting up for the country’s baseball team.

And that means that he could be a real X-factor for the club, as professional athletes of Tebow’s stature are few and far between for most countries on the WBC circuit.

While Tebow was considered an NFL bust, he posted a winning record in the league and even beat the Steelers in his first playoff start. But because of his outspoken Christian faith and mission work, the NFL turned a cold shoulder to what it called a “media circus.”

Of course, that backfired, as the league no longer had a wholesome counterpoint to the far more damaging and morally bankrupt media circuses that have controlled the league narrative since Tebow’s unceremonious departure.

If football were golf, the NFL would be asking for a mulligan right about now, especially after Tebow’s most recent Night to Shine event that brought more than 700 churches in 34 countries together in celebration of Christ.

Indeed, two host churches for the event were located in the Philippines, in Mandaue City and Davao City, home of the Tebow CURE Hospital for pediatric orthopedic care. Without question, Tebow is a unique and respected celebrity in the country, and that love goes both ways.

“I’ve just got such a heart for the Philippines. I’ve just really had a love for the people for a long time. To be able to represent them will be really cool — really, really cool. You don’t get a lot of chances to represent people or places that mean something to you.”

And though there is no telling how much his presence will spur on WBC interest and legal sports betting at Filipino casinos, it certainly can’t hurt.

The 2021 WBC qualifiers will be held from March 12 through March 26 in Tucson, Arizona, with 12 teams across two pools facing off for invites to the main event.

The tournament seeding is not yet established, but the format for the WBC qualifiers is this: Each pool features a nine-game double-elimination round, with the top two teams from each pool getting invited to the 2021 World Baseball Classic. The structure of the tournament looks like this, though team slots are TBA: 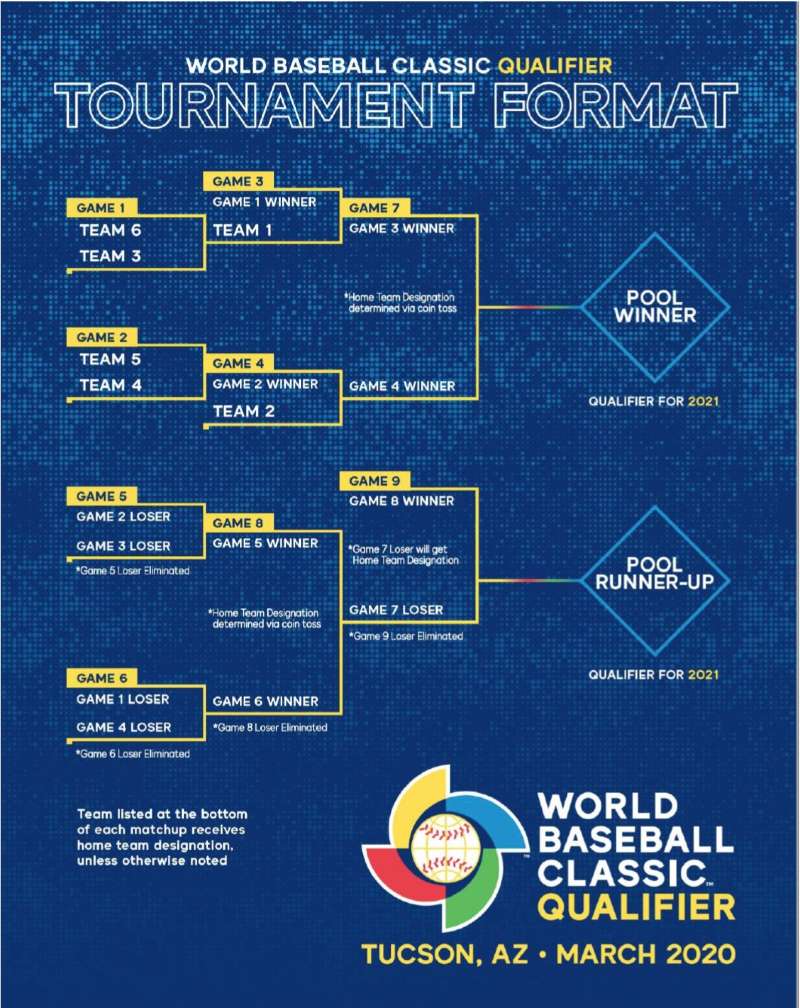 These teams will join 16 other countries that received automatic bids to the tournament:

The expansion including the Philippines and other nations in the two qualifying pools is seen as a major positive. Per WBSC President Riccardo Fraccari, the newfound synergy is a boost to baseball worldwide.

“WBSC is excited to further strengthen ties with Major League Baseball and the MLBPA through the expansion of the World Baseball Classic, which will see an increase from 16 to 20 teams and include more of our National Federations. WBSC applauds MLB and its players’ continued efforts and shared vision of globalizing our great game.”

If you want to wager on the WBC qualifiers, legal online sportsbooks like Intertops and 5Dimes don’t yet have odds posted, so you’ll want to check back closer to the start of the tournament in mid-March.