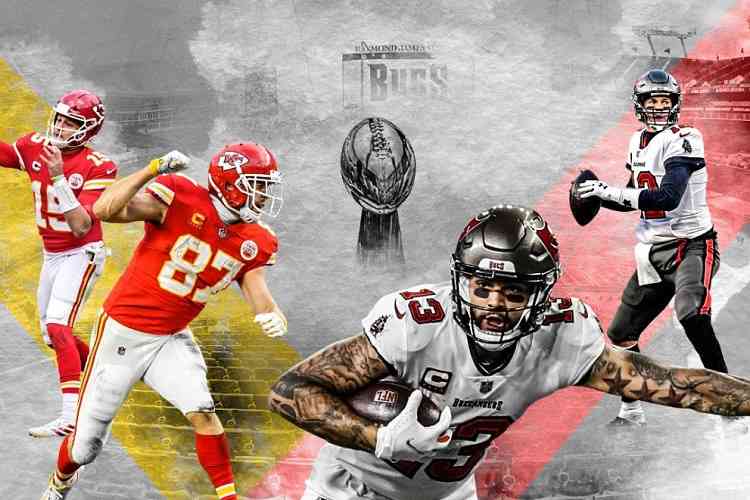 2021 has gotten off to a somewhat slow start for the Philippines gambling market.

Sure, there are various developments to be excited about, like the slow rollout of domestic online gambling, the recent congressional approval of online cockfighting (e-Sabong), and the general fact that the casino industry in Manila appears to be weathering the COVID storm.

But aside from that, there’s just not much going on this year.

Unless you’re a sports bettor and have an account with a legal online sportsbook.

Then, of course, this might be one of the most exciting weeks in ages.

Yes, it’s that time again: Super Bowl Sunday is just around the corner, and all the best Philippine sports betting sites have odds on the big game, as well as hundreds of the best Super Bowl prop bets to choose from.

While football isn’t all that popular in the islands (or in Southeast Asia generally), ethnic Filipinos do have some history in the NFL, and the game is notable as a spectator and betting sport among many of the 105 million people that call the Philippines home.

And though avid bettors wager big bucks during the NFL season and NFL Playoffs, it’s the Super Bowl that attracts more casual or first-time fans and so turns the biggest handle of all.

And this year – with all the storylines for Super Bowl LV (aka Super Bowl 55) – that handle could break records.

After all, the game is extremely compelling for so many unusual reasons.

First and foremost, of course, is the fact that Tom Brady, at 43 years old, will become the oldest player to ever suit up for an NFL championship game.

But even more noteworthy than that is the fact that Brady will be playing in his record 10th Super Bowl in 21 seasons.

Only this time, it won’t be in a Patriots uniform, as he signed with Tampa Bay in free agency during the 2020 offseason.

Before Brady, the Tampa Bay Buccaneers hadn’t been to the playoffs since 2007, and now – as soon as they sign the GOAT – they’re going to become the first team to ever play in a Super Bowl in their own home stadium.

On the other side of the ball, you have the defending Super Bowl champion Kansas City Chiefs, helmed by their own stud QB, Patrick Mahomes.

At 25 years old, Mahomes already has one title under his belt, and he’s playing against a guy nearly twice his age for a chance at another.

No NFL team has repeated as champion since Brady’s Pats in 2003-2004, but the Chiefs are favored to do exactly that.

At the best PH-friendly online sports betting sites, these are the main Super Bowl lines as they stand with just a little over two days till kickoff.

Of course, the above wagers are just the tip of the iceberg for online Super Bowl betting in the Philippines.

Between all the top sites serving the islands, you’ll have literally thousands of prop bets, cross-sport parlays, and specials to choose from.

You can bet on the Super Bowl coin toss, get a selection of Super Bowl Halftime Show odds, and even wager on things like the color of the Gatorade to be dumped on the winning coach.

You can put money on Super Bowl commercials, broadcast props (such as the next dumb thing Tony Romo says), and more.

And with Super Bowl live betting, you can also gamble during the game itself, as the odds shift in real-time to reflect the ebb and flow of the action on the field.

Naturally, though, to do any of the above, you’ve got to have an account with at least one reputable offshore Philippines sportsbook.

We recommend joining several in order to shop lines to get the best Super Bowl payouts, but the important thing is to sign up with at least one operator and get your deposit in before the big game.

You aren’t going to want to miss this one.