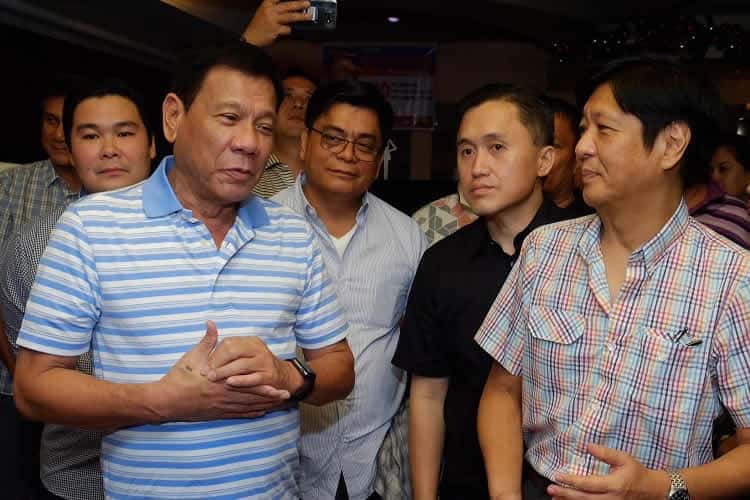 The Philippine President has threatened resignation yet again.

President Duterte is struggling to fulfill his campaign promises to cut corruption, crime, and drugs from the local environment within his desired timeframe. In August, Duterte gave a speech, which detailed his exhaustion from his attempts to eradicate the country of these issues. The President has announced his preferred successor, the son of the former exile of the Philippines, Ferdinand Marcos, over his sitting Vice President, Leni Robredo.

During Duterte’s 2016 Presidential campaign he spoke of giving the position to the previous Philippine Dictator’s son, Ferdinand “Bongbong” Marcos Jr if he ever failed to keep his campaign promises as President.

Marcos has challenged the 2016 Vice Presidential election outcome, citing deceitful practices which allowed Robredo to win the election campaign by a narrow margin over Marcos. The case is currently being investigated by the Supreme Court who has ordered a recount of the 2016 election results. However, previously recounts have taken years before recount results were given – at least six years.

However, issues may occur with this case as Supreme Court Justice Maria Lourdes Sereno was removed from her position in May. Justice Sereno was often outspoken against Duterte and his administration so there is a possibility the Justice was removed to prevent any friction in the recount case.

Duterte hopes the case will result in Marcos as the new Vice President of the Philippines whom the current President says will be a satisfactory successor. Marcos Jr, however, wants Duterte to stay as President even if he were to become Vice President, contrasting Duterte’s sentiments.

Duterte has made public statements criticizing his Vice President’s capabilities, implying that she could not handle the role of a President and that a military junta would be preferred. The President has made several derogatory and sexist remarks concerning women, some critics allude his unwillingness to allow Robredo her chance as a testament of his views toward women. However, others claim it is due to Robredo’s allegiance as a member of the Liberal Party – an opposing political faction.

Vice President of the Liberal Party, Erin Tanada quoted the President’s threats of resignation on several occasions throughout his term and if it were true to “just do it [already]”. Duterte stated he would leave office if allegations of corruption against him and his children were proven if he managed to push a constitutional shift toward federalism, if God were proven real, and if enough offended women signed a petition to get him out of office.

Whether Duterte truly desires to retire due to exhaustion is left to the public to interpret. Interestingly enough, most Filipinos do not believe Duterte’s claims and state that his actions are simply to ward off those who believe he is extending his term. President Duterte’s term began in 2016 and officially ends in 2022.

It may be years before the 2016 Vice President recount results are revealed and Duterte may give up entirely on giving Marcos the Presidency. Despite this, Duterte is sure to threaten his resignation at least once more before the end of his term. If the President were to step down before the results were announced Vice President Robredo would take on his responsibilities, however, this is unlikely.