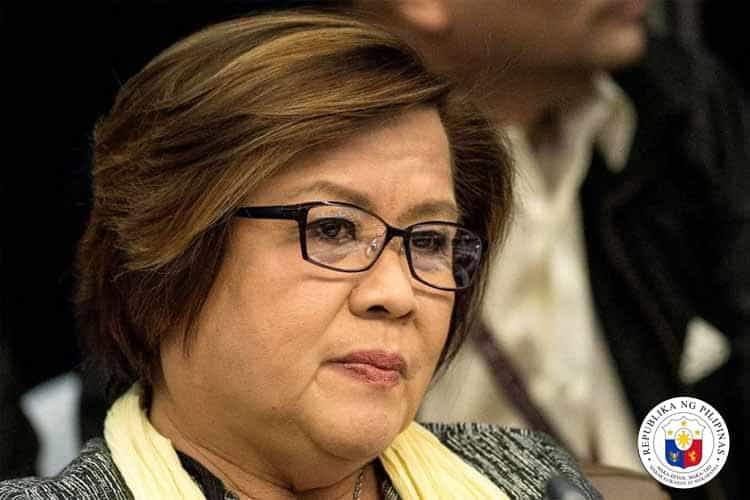 With casinos and gambling becoming more popular than ever in Metro Manila and across the country, Philippines Senator Leila de Lima wants to make sure Filipinos are protected and to curb the illegal activities that have been associated with the industry.

De Lima urged the Senate earlier this week to conduct an internal investigation and potentially revise the country’s laws regarding online and land-based casinos and gambling providers.

De Lima proposed Senate Resolution No. 953, in which she addressed concerns regarding money laundering, illegal workers from China and other countries, and the potential for young women being sexually exploited.

“The possibility of money laundering also concerns some industry players as the shroud of Internet anonymity coupled with loose regulatory policies may leave the industry susceptible to fraud and other illicit activities associated with high-stakes gambling,” said De Lima.

In the resolution, the senator cited when the Philippines made world news in 2016 when hackers allegedly stole $81 million from a Bangladesh central bank account at the U.S. Federal Reserve and funneled the stolen money into Philippine casinos.

On the issue of illegal workers, De Lima also cited the recent scandal where Wally Sombero, an online gambling expert, had paid off immigration officials in exchange for the release of 1,316 illegal Chinese immigrants who were arrested in November 2016 for running an illegal gambling operation in the Philippines.

The senator added there is currently a total of 57 Philippine Offshore Gaming Operators (POGOs), most of which employ Chinese staff.

De Lima added: “Note that there are a number of Chinese gambling companies and Chinese gamblers in the country because gambling is illegal in China and is heavily opposed by its communist government.”

Due to gambling operators not being allowed to conduct business in China, estimates suggest there are between 200,000 and 400,000 Chinese workers at online gambling operations and outsourcing companies in the Philippines.

The senator also expressed her concern of young women and Filipinas who wear suggestive outfits while working as a dealer for online table games “are placed at even more risk of sexual harassment and exploitation by players online.”

She said that while the tax revenue from the licensed gambling and casino industry in the country is doing well – rising 18.7 percent in the first nine months of 2018 – it’s important to ensure laws are in place to protect citizens of the Philippines.

“Apart from its purported positive economic impacts, there are nevertheless lingering questions regarding the social costs of the influx and proliferation of integrated casino-entertainment resorts and POGOs within the country.”