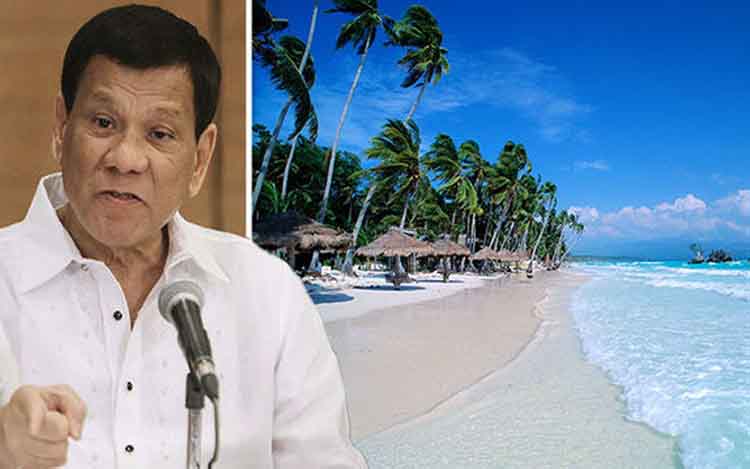 The government recently announced they would be opening the tourist attraction ahead of the originally scheduled date (October 26). Philippine Interior and Local Government OIC Secretary Eduardo Ano told the public that the local government remains steadfast in their commitment to block any sort of casino construction after Boracay is opened up. He further indicated that Boracay is known for its beaches, not for its casinos.

PAGCOR, the Philippine Amusement and Gaming Corporation recently approved construction Galaxy Entertainment Group’s resort/casino on Boracay after they were issued a proper gambling license. Original plans were for construction to start sometime in 2019. However, it seems PAGCOR’s efforts may be futile given the lengths the government has gone to protect Boracay’s natural integrity.

GEG’s Boracay casino project would have been a multimillion dollar establishment generating roughly $100 million in revenue for the ambitious developers. They already had a physical location picked out on the island and were in the stages of finalizing construction plans. President Duterte is not the biggest fan of gambling and believes it has deteriorating effects on society. It also didn’t help that Boracay was officially closed off for months to address the poor sewage system. This delayed construction even further.

Apparently, GEG isn’t going to wait around for the government to change its mind on Boracay. It is reported that the casino development group is looking elsewhere to begin construction on their multimillion dollar casino project. Leisure & Resorts World Corp, the local partner of GEG, refuted the notion that they have given up on Boracay. This points towards a breakdown in communication between stakeholders invested in this potential casino enterprise.

Tourism will continue to flourish in Boracay regardless of whether they build a casino there. Residents and tourists can access licensed and regulated offshore casinos if they are looking for casino gambling action. There is also the Metro Manila area for land-based venues. Time will tell if the Philippine government will allow GEG to progress with their development plans, but all signs are pointing towards a “no” on that front. Philippines gambling is on the rise in terms of land-based establishments, but there are already legal online options through offshore operators available.