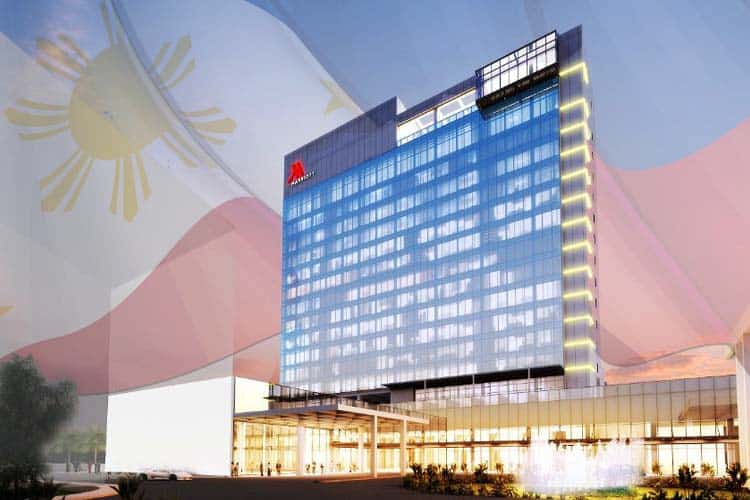 A casino in the Philippines is set for an influx of traffic given the opening of an attached state-of-the-art hotel.

South Korea-based Widus International Leisure Inc. is preparing to open the Clark Marriot in the Clark Freeport area next week. While the Clark Marriot does not have an in-house casino, it will be connected to the Widus Hotel and Casino that is already operational.

This new hotel will be 15 stories high with a total of 260 rooms for guests. The Widus Casino, which Clark Marriot patrons will have access to, has 54 table games and 342 slot machines spread across 48,437 square feet.

Widus International Leisure is amidst a massive $500 million expansion that will see the construction of multiple towers. The Clark Marriot marks the third tower at the location. Plans for a fourth tower are underway and construction is expected to complete by 2020.

According to Bases Conversion and Development Authority, a local agency, Widus is projected to install a golf course within the resort.

When everything is said and done, Widus will have invested over a billion dollars in the entire project. The first Clark tower was erected in 2008 with the casino following shortly after in 2009. These last phases of the expansion are projected to yield a positive return on investment for the South Korean conglomerate.

Widus is considered to be in good graces with the Philippine government as one of five operators to be a registered member of the Philippines’ Anti-Money Laundering Council. Widus is required to report all transactions over $100,000 and keep gambling records for at least five years as part of their agreement with the Council.

The Council started as a result of a US Department of State report that pinpointed the Philippines as a rampant proxy gambling environment. By definition, proxy gambling involves the placing of bets for someone that is not physically present in the casino location. This practice leads to money laundering and is effectively being routed out of the nation.

The projected level of success for Widus has led them to consider going public once the expansion is complete. The company is interested in being listed on the Philippine Stock Exchange but there hasn’t been an IPO developed at this time.

With the expansion in the pipeline and the potential for vested interest in the company through an IPO, Widus is set to become one of the leading casino operators in the Philippines.