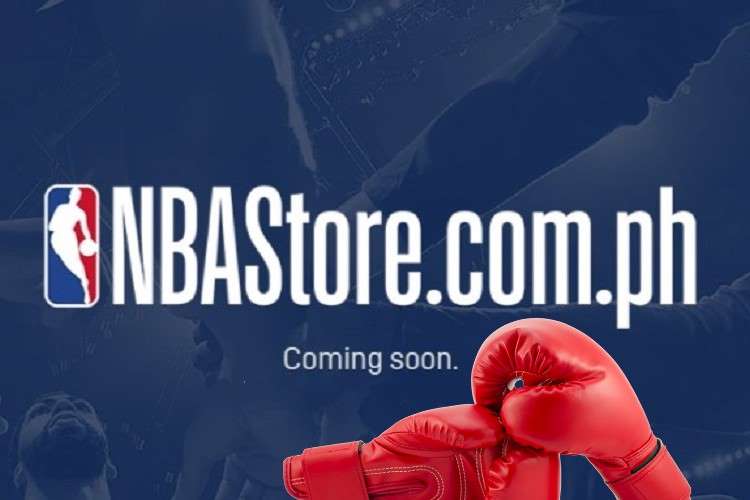 With bad news in seemingly endless supply, we present a rare pair of uplifting developments for Philippines sports bettors and fans.

While this isn’t going to alleviate the pressures and trials of the coronavirus pandemic in the nation, it should give those longing for a return to normalcy something to look forward to other than continual doom and gloom.

The first big story, breaking yesterday, is that Titanomachy International, Inc. (Titan) is partnering with the NBA to bring official league merchandise to the islands.

The storefront, NBAStore.com.ph, is scheduled to launch on August 6, and it will be available to all Filipinos. Further, the focus is going to be on mobile shopping, with both Android and iPhone apps expected to be released.

Basketball fans will be able to purchase most of the accessories and apparel that US customers have grown accustomed to, including jerseys, caps, and shoes from the biggest names. These include Nike, Jordan Brand, New Era, Herschel, Spalding, and several others.

According to NBA Asia Associate VP of Global Merchandising Lesley Rulloda, the move is justified by the outsize NBA fandom in the Philippines.

Indeed, after sabong, basketball could easily be considered the national sport, and as fans await the resumption of the PBA season, they’ll be focusing more than ever on the NBA, which is slated to restart games in just a week’s time on July 30.

Now, those who enjoy online NBA betting will be able to show off their team colors instead of just wagering on them.

“Our partnership with Titan provides an exciting opportunity to engage and deliver an enhanced digital retail experience to NBA fans in the Philippines. We look forward to providing passionate Filipino fans with unprecedented access to authentic NBA products through the relaunch of the league’s online store.”

While it has long been possible to acquire official league products in the islands, it has historically been an expensive proposition with most sales going through third party resellers.

This move will not only give more Filipino fans access to reasonably priced goods, it will also help take the love of the game to new heights nationwide. This, at least, is the hope of Titan Managing Director Mike Ignacio.

“At Titan, our mission is to inspire consumers to love the game through the best basketball products, stories and experiences. Our newly-forged partnership with the NBA will enable us to cater to a wider range of Filipino basketball fans and equip them with new ways to express their love for their favorite teams, players and league.”

The other piece of compelling sporting news – which should be music to Philippines sports bettors’ ears – is that the WBA is looking to host an epic strawweight title fight between Vic Saludar and Robert Paradero.

Both fighters are well-known, and both are Philippine natives.

However, it is not yet known when the fight would commence, as the WBA’s strawweight Super Champion – Thai fighter Knockout CP Freshmart (so called because nobody can pronounce his real name, presumably) – has a mandatory defense in October.

That said, because the WBA has two championship classes (Super and Regular, both unleaded per boxing etiquette), it is conceivable that the All-Philippines bout could happen this year.

The targeted date – if all the stars align – is September 26. The fight would take place at the Elorde Sports Center in Parañaque, Manila.

Saludar is ranked as the WBA’s seventh best strawweight, while Paradero is ranked tenth.

Should the bout go forward as hoped, it is sure to draw tremendous interest from fans, and there will be plenty of boxing odds at the best online Filipino gambling sites.

That said, if you’re anticipating attending the match in person, you’re likely out of luck. The contest – like most sporting events for the foreseeable future – is almost sure to be held in isolation, with no crowds in the stands.