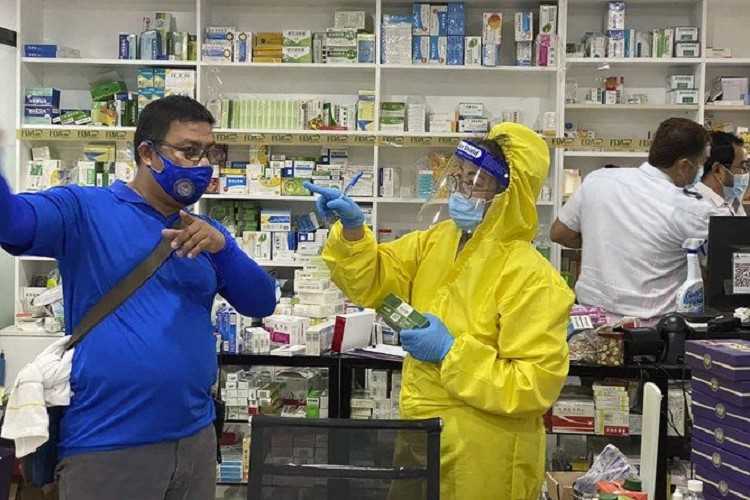 POGOs have been controversial in the Philippines since their launch in 2016.

These Philippine Offshore Gaming Operators are domestic businesses in the islands, and they exist almost entirely to give mainland Chinese citizens access to offshore gambling.

Due to the ongoing Wuhan coronavirus pandemic, most Philippine businesses have been shuttered as part of the broad Manila lockdowns, but one of the first markets to be reopened – albeit with strict social distancing mandates – were POGOs.

Politically, this drew the ire of several Philippine politicians, who viewed the move as demonstrative of favoritism towards Chinese money by the administration of President Rodrigo Duterte.

Now, there’s a strange twist that is sure to get Filipino politicians’ hackles up even further: Apparently, in an effort to treat Chinese POGO employees (many of whom are in the country illegally after overstaying their visas), illicit hospitals have been set up.

One such hospital was raided on Wednesday (May 20), with the seven-bed facility and “drugstore” being discovered at a residential compound in the Clark Freeport and Special Economic Zone northwest of Manila.

The operation seems to have been giving medical testing and treatment to POGO workers for roughly three months before its discovery and summary dismantling.

As a result of the raid, the Chinese “hospital administrator” and a fellow worker (presumably the manager of the drug dispensary side of the enterprise) were arrested, and the sole current patient – a Chinese individual of unknown legal status – has been sent to a proper Philippine hospital for treatment.

Brigadier General Rhoderick Armamento (how’s that for a name for a military guy!) didn’t get into the gambling politics behind the clandestine hospital, simply saying in a phone call with ABC News that it was a strictly medical issue:

“They have practiced medicine and prescribed drugs without a license. The Chinese patients who were brought there may still be walking around in public and can infect other people.”

Of course, the underlying reality that such secret hospitals are a problem in the country due almost entirely to the POGO industry will not go unnoticed among Philippine politicians who are already sounding the clarion to ban POGOs outright, as a recent bill – the Anti-POGO Act of 2020 – has been gaining popularity in the legislature.

While the argument against POGOs has long been predicated on taxation, cultural conflict, money laundering, and violent crimes related to the offshore industry, this new revelation could be the most powerful ammunition that anti-gambling legislators have in their arsenals.

You can be sure that this raid – and others like it – will be brought up in congress, and there’s very little way to spin it positively.

Still, POGOs are a valid and valuable source of income for the Philippine government and its PAGCOR gaming agency.

These operations, of which there are nearly 70 holding legal licensing in the nation, contribute roughly PHP 2 billion per month (US 39.5 million) in money that the Philippines desperately needs – money that is being earmarked almost entirely for COVID-19 relief.

Now, in the face of declining tax income where the coronavirus shutdown has caused PAGCOR to lose up to 50% of its normal revenue, POGOs have been deemed “essential.”

That designation could be challenged given the above raid, as unauthorized medical facilities treating coronavirus patients present a clear and present danger to the national health service’s ability to track the infection and craft public policy about how and when to safely reopen the totality of the Philippine economy.

On the bright side, POGOs – though they don’t accept Philippine natives as customers – aren’t the only online gambling option in the country.

Though there are underground cockpits that have online betting operations, residents in the islands can actually wager legally on sports the world over by using other offshore books that cater to them and other international clientele.

Filipinos can’t use POGOs, as these are considered domestic in nature, and online sports betting and casino gaming are not authorized per the country’s national gambling laws.

However, these laws apply only to domestic operators. Thus, sites like Intertops and BetOnline are perfectly legal for Filipino punters to access, and membership has been skyrocketing during the pandemic.

With sports closures running rampant worldwide, and with lockdown orders keeping PH gamblers in their homes for extended periods, these sites have seen a marked spike in Filipino signups, particularly as they offer virtual sports betting and eSports betting.

The above markets are the only ones in the sporting category that have survived the coronavirus’ sweeping impact, and that reality could prompt the government to reconsider its bans on local online gaming.

Additionally, with new legislation being considered to regulate e-sabong (which is a form of online sports betting), it’s not a big leap to suggest that such a bill might open the door to more robust online gambling options in the Philippines.

While this is ultimately the desired outcome for millions of bettors in the nation, even if domestic online wagering becomes a reality in the future, that future still seems quite a ways off.

In the meantime, if you’re stuck at home and want to wager on sports, eSports, entertainment, politics, horses, or virtual and live dealer casino games, you can do so at several reputable offshore Philippines betting sites.

Just, you know, don’t run an illegal hospital out of your house.