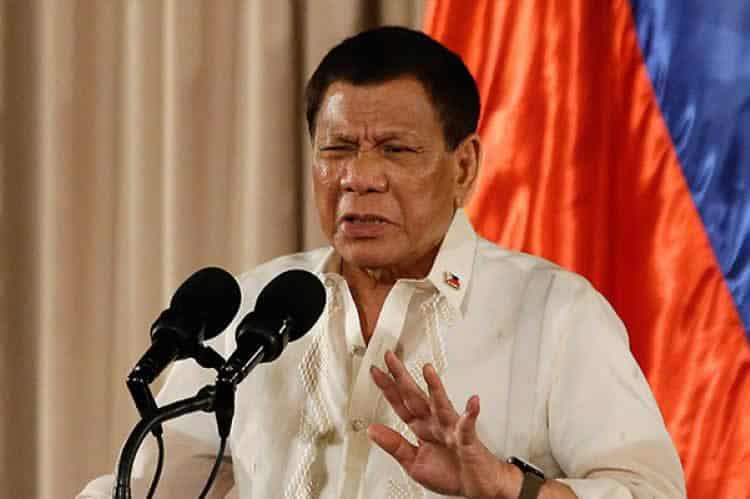 Recently there has been a lot of talk about a potential casino coming to the small island of Boracay. While it does seem like the perfect location for a casino Philippine President Rodrigo Duterte spoke publicly about the proposed casino for the first time this week and supporters were not happy about what he had to say.

Boracay is a small island community in central Philippines that is littered with resorts and beaches. It is considered by many to be the countries most popular tourist destination and many of the residents that live there are in a tourist related business. The east coast is popular for tourist as it houses most of the restaurants and resorts that vacationers like to visit during the beach season. The west side of the island is known for its strong winds that windsurfers often take advantage of. The small island is a vacation getaway for many of the Filipino people.

Billionaire Lui Che Woo form Galaxy Entertainment Company, a Hong Kong Casino group, obtained a provisional license from PAGCOR to start developing a site but President Duterte stepped in and put a halt to Woo’s plans. Duterte said in a press briefing that there will never be a casino on Boracay and that they thought they could just build a casino, but he won’t allow it. This comes as a shock to Galaxy Entertainment who has recently purchased 57 acres of land on the south end of the island.

On another note, the Island has just been closed to tourist for the next six months while federal government agencies are in the process of cleaning up the waters and the island. The closure is expected to relocate 35,000 people and to cost over $36 million. Duterte called the island a “cesspool” after a recent visit before he ordered the closure. The sewage system is in desperate need of an update. Many people have stated that uncollected sewage bags litter the street and some properties have made homemade drain pipes that lead into the water.

Many critics believe that the closure might be related to the casino since Duterte and Resorts World are known to be in good graces. The speculation is that regulatory inspection agencies will not be allowed to enter the island during a time of rehabilitation and that Galaxy Entertainment could build most of their casino during that time. Duterte recently said there will never be a casino on the island, but PAGCOR officials said the development project is on hold.

PAGCOR President Alfredo Lim told reporters that Galaxy Entertainment Company simply needs to explain to Duterte why a casino would be good for the island of Boracay. If they can convince Duterte that they will follow environmental laws and will comply with other local laws, then the casino should benefit the community. Also, if it was a foreigner-only casino that might help swing Duterte’s opinion on the matter.

It is common knowledge that Philippine President Rodrigo Duterte is not a fan of gambling but also knows the benefits it has supplied Filipino’s with. The Philippine Amusement and Gaming Corporation (PAGCOR) is the gambling regulator for most of the Philippines and they have given back to the Filipino community in multiple ways.  They have built schools, helped with disaster relief and made many other charitable donations over the past 30 years since they have been established.

It is unclear what the future of casino gambling on the island of Boracay is at this time, all we can go on is what the President has recently said. It’s hard to believe that an island that is already struggling with environmental issues will say no to a business that will attract more tourism and money to the area and could possibly help fund some of the much-needed improvements but it’s not really their decision. Duterte would have to recant his statement and believe in the benefits it would bring the island before a casino is erected. For now, the casino is on hold, but residents still have online casinos until government facilities can get the island back to its original beauty.