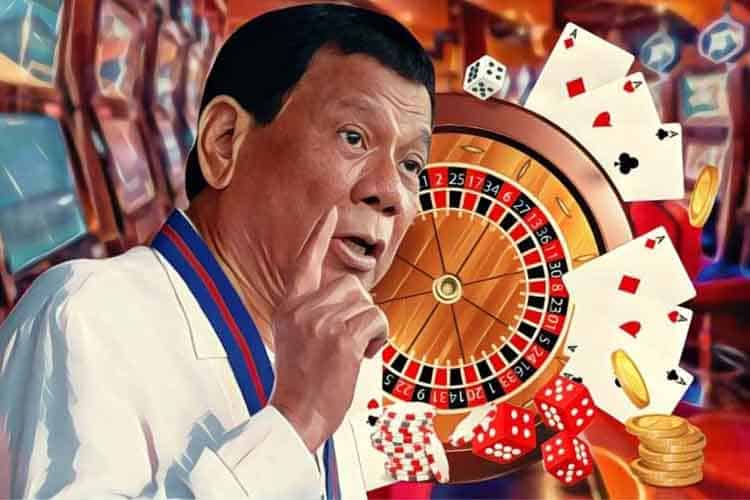 Since Duterte has taken office in 2016, he has waged war on gambling in the Philippines – but where have these efforts taken the country since he has changed his mind several times.

Philippine President Rodrigo Duterte has written specific laws since his first year in office to investigate and crack down on illegal gambling syndicates but the operations (to end them and the illegal ones) never seem to have a clear end. Domestic underground gambling dens are often busted for failing to obtain proper licensing from PAGCOR to offer gaming domestically and/or offshore. Duterte has likened illegal gambling to the illegal narcotics trade.

In the last two years, over 170 illegal gambling operations have been raided by government enforcement agencies. However, many blame Chinese foreigners for the rise of illegal gambling opportunities. Even authorities have claimed around 100,000 Chinese nationals behind the proliferation of underground gaming based in the Philippines, which are not legal online Philippine casinos, most of which target Chinese players.

While President Duterte has led the attack on illegal gambling, he also directed PAGCOR to elevate the Philippines legal domestic gaming market to be “the top gaming and entertainment destination” in Southeast Asia by 2020.

However, not too long ago the President directed PAGCOR to sell off its casinos and solely act as a regulator. These directions were later retracted after he learned PAGCOR’s casino venues and satellite operations were too profitable to get rid of.

In Q1 of 2019, PAGCOR sent $170 million in tax revenue to the government – as federal law stipulates the regulator to share 50% of its gaming income with the national government. PAGCOR reported an income of PHP18.27 billion or $353.5 million in USD from January-March which showed a 15.6% gain compared to last year’s Q1 period. The government netted $160 million from PAGCOR after taxes in Q1 of 2019.

However, President Duterte has changed his mind once more by preventing various construction projects such as the integrated resort led by Landing International and the building of Galaxy Entertainment Group’s $500 million casino resort on Boracay. The Philippine President also ordered a moratorium on PAGCOR issuing any new gaming licenses. Currently, it seems the Philippine President is unsure of his stance on legal domestic gambling despite its immense profitability.