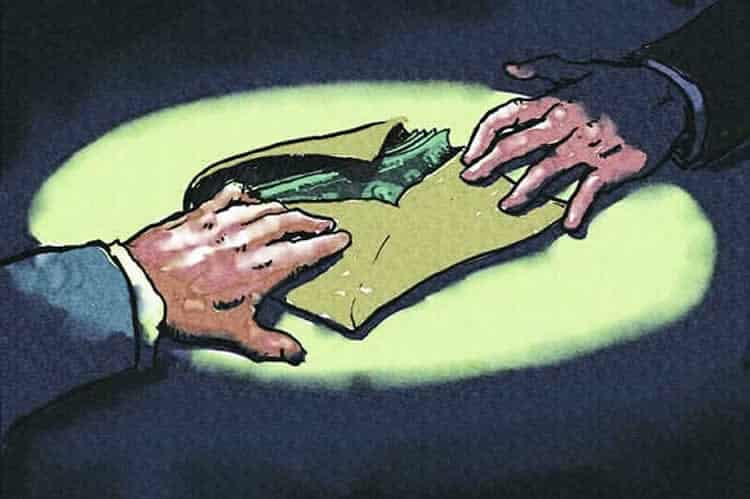 Philippine government officials accused of extortion and corruption even through public complaints are being forcefully removed from office by President Duterte. Since his campaign days, Duterte has held a goal to rid the government of corruption and it seems 2018 is his year to succeed. After critics claimed his anti-corruption campaign gave little actionable results in 2017 Duterte entered 2018 on a firing spree, more than likely to prove his critics wrong. It seems President Duterte’s corruption purge has effectively removed suspected individuals from various level of government from the Philippine’s Justice Department all the way down to its airport customs officials and policemen.

Corruption in the Philippine is a serious issue that has taken a toll on its development with foreign investors and businesses. Due to the high corruption levels in the Philippines and their lack of infrastructure, many overseas businesses and companies tend to turn to other more economically established countries in Asia. This is clearly an issue for the developing Philippines who are refused to be seen as a viable investment over its main competitor, China. Corruption also slows progress internally, often kickbacks are made on public works projects and excess travel and spending put a strain on legitimate and necessary resources.

Filipino President Duterte even states his want and will to eradicate the government from these types of leeches and suggests they join the private sector over government work if they’d like to travel and make more money since the Philippine’s private sector has no regulations over small-bribes, gifts, and such. Nonetheless, Duterte is showing no mercy amidst multiple firings and dismissals of high profile officials and secretaries during the first half of 2018. Firings for corruption had begun as early as January and have extended into mid-May.

Bribery, extortion, and collusion were all crimes suspected amongst various public officials from Policemen, Tourism Secretaries, PAGCOR Licensing Officials, Public Works and Highways Secretaries, Maritime Industry Authority, the Dangerous Drugs Board, the Department of the Interior and Local Government, the Undersecretary of Labor, the Department of Information and Technology Communications, Airport Customs, the Department of Justice, Cabinet Members, top Government Officials, Government Prosecutors, and many more. Aside from abusing their powers given, these individuals participated in what President Duterte calls an endemic among public officials. Officials in public office often fall into corruption as a means to earn extra income and gain perks for themselves and their friends or family. Duterte has explained and shown that he has no patience for individuals who feel this way and commit such actions.

Duterte even publicly recalled a time where an official from PAGCOR spoke directly to his sister for advice and to persuade Duterte. However, Duterte ignored the information and stated that first family and first lady titles hold no importance or significance in Duterte’s political motions. This statement provided a look into Duterte’s personal viewpoint on the issue of corruption within government by using himself as an example. The President is currently set to dismiss five more officials and will soon be turning to review the Government Corporate Counsel and evaluate the dismissal of the entire Counsel.