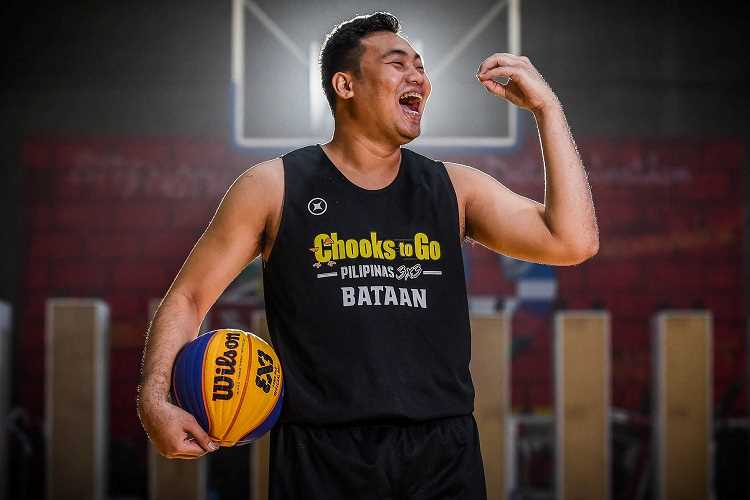 Basketball is the most popular team sport in the Philippines.

However, instead of simply embracing the traditional five-on-five variant of the game, the country has also long fielded national teams to play in 3X3 tournaments around the world.

The first 3X3 showing for the Philippines Men’s National Team was at the 2007 Asian Indoor Games. They also played in the 2010 Youth Summer Olympics, and the club qualified for the FIBA Asia 3X3 Championship in 2013.

Additionally, since 2016, the team has made three appearances in the FIBA 3X3 World Cup.

Clearly, the sport is a hit in the islands, and it often features prominently at legal online gambling sites in the Philippines.

Now, the sport has been elevated even higher.

As of July 28, 2020, the Philippines has a professional 3X3 basketball league of its very own.

On Tuesday, the league, called Chooks-to-Go Pilipinas, received pro status from the Games and Amusement Boards (GAB). One day later, on July 29, the GAB – alongside the new pro league – made the highly anticipated public announcement.

The comments, from GAB chairman Baham Mitra, were brief and to the point:

“We’d like to announce that in the board meeting of the Games and Amusement Board yesterday, we have accepted the interest of Chooks-to-Go 3X3 to turn professional.”

“I’d like to thank the Games and Amusement Board, headed by Chairman Baham Mitra, for allowing our sports organization, Chooks-to-Go Pilipinas 3X3, to become a professional league.”

The turnaround from the league’s experimental founding in 2018 to its newfound professional status is stunning, particularly in light of the coronavirus outbreak that has shuttered all pro sports in the islands for most of 2020.

Indeed, it is likely due to the COVID-19 pandemic that the GAB was more willing to accept another new sports league – and another new form of revenue for the government – so quickly after said league’s creation.

Of course, there was also legitimate sporting reason to accept the fledgling hoops promotion into the fold: Last year, the Philippines collected enough points from the FIBA 3X3 circuit to earn its way into the Olympic Qualifying Tournament (rescheduled to 2021), giving Chooks-to-Go Pilipinas significant credibility.

“I really believe that we Filipinos have a very strong chance of excelling in this sport. We all know what happened last year. For the first time, we were able to qualify for the Olympic Qualifiers. Only 16 [teams] qualified, and we’re one of them. It only shows that Filipinos can excel in this, considering we lack the size. I don’t think height really matters when it comes to 3X3.”

Of course, in addition to an international tournament presence and a new league to which young players can aspire, there is also the reality that sports bettors will have one more extremely active market in which to ply their trades.

Brick-and-mortar sports betting is allowed in the country per Philippine gambling law, but so is online wagering if punters use reputable, non-POGO offshore sportsbooks like BetOnline and Intertops.

If you’re interested in wagering on Chooks-to-Go Pilipinas 3X3 action, you will be able to when the league resumes play next year.

Currently, the PBA is gearing up to resume its 2020 season after a lengthy coronavirus delay, which should consume most bettors’ attention in the near term future. But come early 2021, 3X3 is the name of the game.

Last season, while an amateur venture, the 3X3 league played its three conferences over the course of just under eight months from February through September, with time off between cup championships.

The Chooks-to-Go Pilipinas 3X3 league is currently comprised of 12 teams, while the season is – like the PBA – structured around three conference “tournaments.”

The teams and conference dates are subject to change, but if you want to hit the court at your favorite overseas sportsbooks to take your 3X3 shots, you’ll need to play close attention to league developments going forward.