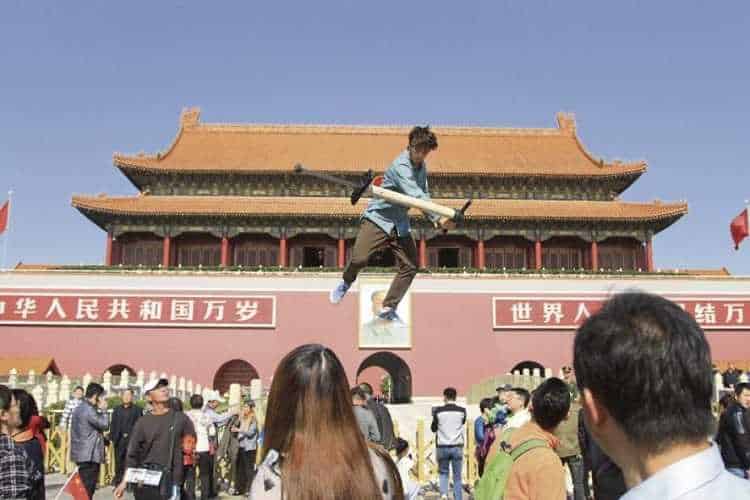 China has long taken an adversarial view of the POGOs operating in the Philippines.

These companies do business in a sort of gray area, as China does not allow gambling online or outside of Macau. But because POGOs are run out of the Philippines where Philippine gambling laws explicitly allow them, China has no direct control of their operations, nor does it have any authoritative legal jurisdiction over them.

On several occasions, Chinese President Xi Jinping has met with Philippines President Rodrigo Duterte to discuss dismantling these POGOs, but to no avail.

The reality is that POGOs – operating out of the Philippines and taking customers exclusively from mainland China – have generated for the island nation billions of dollars in much-needed tax revenue.

In other words, for the Philippines, allowing POGOs to operate is predicated entirely on finances.

Now, China is taking the same tack in getting these outfits to close down: The country’s new approach is also predicated entirely on finances.

To date, China has seized over US$33 billion from online gambling operators, many of them the very same POGOs that it has been seeking to dissolve.

This week, AG Asia Entertainment, a Chinese junket operator that ran a POGO in the Philippines, shut down its Chinese and Philippines businesses abruptly after Beijing came calling.

The POGO, known as Suncity Group, was one of the more popular online destinations for Chinese gamblers, and its closure was initially believed to be a result of the impact of the Wuhan coronavirus in the Philippines and the reduction in POGO staffing ordered by the Duterte administration.

However, it’s now becoming clear that Suncity Group simply had its income confiscated by Chinese authorities.

This has other POGOs in the islands rethinking their futures, and many – up to half of all operators, in fact – have closed up shop already.

China’s attack on online gambling doesn’t begin and end with illicit junkets and POGOs, however.

Instead, the communist nation is treating illegal gambling like it treats any social malady: It is running a propaganda campaign against the vice, enlisting the help of its citizens to speak out in an effort to shame online gamblers and those who support the industry.

Chinese “comrades” – that is – “good” Party members – are being encouraged to make anti-gambling statements on social media and at various online platforms set up by the government.

And, of course, these statements are incentivized. Citizens can win free computers, mobile devices, and various other electronics for participating, and they will enjoy summary boosts to their social credit scores, as well.

The irony should be lost on nobody:

China is using gambling to get its residents to speak out against gambling!

While this campaign ends on September 13, you can be sure there will be others to take its place as China continues its assault on illegal gambling and seeks to turn the rank-and-file national culture firmly against the pastime.

Whether or not this move will finally wipe out the POGO industry in the Philippines is anyone’s guess.

Presumably, many POGOs do not transfer their money to – or keep their money in – Chinese districts or other areas where the communist nation can legally seize the funds, but to date, this has been a far more effective move than simply asking the Philippines to walk away from the financial windfall that their POGOs generate.

If China is successful in largely putting POGOs out of business, the Philippines will have two choices remaining to them.

Option one: They can simply walk away from the idea of being an offshore gambling host altogether.

This, of course, would decimate an economy that has seen rapid, momentous gains in real estate, retail, and more as a result of the influx of migrant POGO workers. That would appear to be less than ideal.

Option two: The Philippines could legalize online gambling for its own citizenry, who currently must use non-POGO offshore gambling sites to legally wager over the Internet.

Since the coronavirus-related quarantines have largely wiped out all of PAGCOR-licensed land-based casino and MegaSportsWorld sports betting gains, there has been some talk already of going this route.

China, finally, could make the decision for the Philippines, freeing the latter’s residents to legally bet online while banning its own people from doing so.