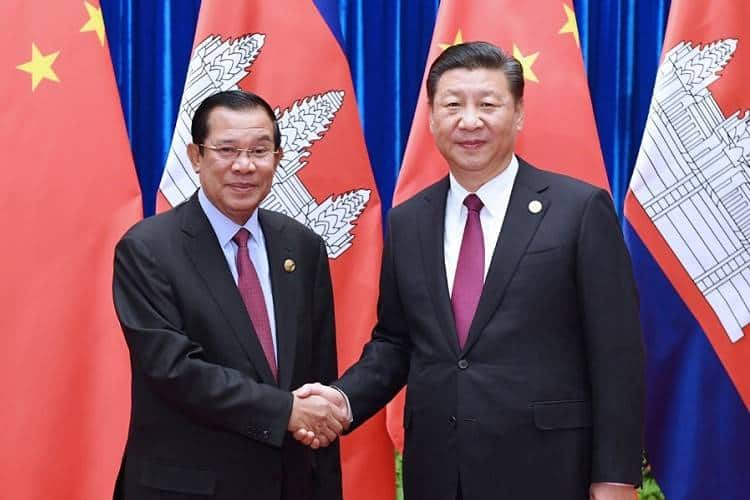 While the Philippines have been a constant thorn in the side of China through the former’s controversial POGO industry, Cambodia has received less fanfare for being largely the same thing.

Over the past several years, both Southeast Asian nations have built up domestic gambling markets that largely target mainland Chinese players, much to Beijing’s chagrin.

Gambling, of course, is illegal in China, and Chinese President Xi Jinping has made plea after plea to the pair of countries in an effort to stem the tide of alleged money laundering, kidnapping, and violent crime that China says these markets are encouraging.

Philippines President Rodrigo Duterte has met with Jinping several times over the matter, telling him each time that the Philippines is a sovereign nation and will do as it pleases.

Given that POGOs are so profitable for the Philippines government, they have naturally remained open and operational. Additionally, there is evidence that the crimes are not as serious or widespread as China has claimed.

That said, Duterte threw Beijing a temporary bone by suspending the licensure of new POGOs for the time being, but even that policy seems to be coming up on expiry in the near future.

Unlike the Philippines, however, Cambodia has unfortunately succumbed to China’s demands, a victim of simple economics.

China, of course, indirectly controls much of Cambodia’s financial infrastructure. As a result, Cambodian Prime Minister Hun Sen has been forced to walk in lockstep with Beijing for the greater prosperity of his nation.

Whether or not this is the correct calculus remains to be seen, but as of January 1, Cambodia’s online gambling industry is no more. And that only means more business for the Philippines.

According to Radio Free Asia, since August 2019, some 120,000 Chinese nationals have left Cambodia, where they had been working in the country’s gambling sector. Further, since crackdowns on Cambodian anti-gambling compliance started in earnest earlier this week, an estimated 7000 native residents have been left jobless.

For now, and presumably for the foreseeable future, there will be no such exodus in the Philippines. POGOs are here to stay, and their positive economic impact will continue to be felt nationwide. There are no planned changes in the overarching Philippine gambling laws to alter this course.

For practical proof of the above, consider: Makati City in metro Manila is projecting five percent growth in 2020, in terms of the office space to be constructed and leased out to POGOs and ancillary industries. Increased development and property values have been an effect of the booming online casino industry since its establishment in 2016, and that trend is still following a significant upward trajectory.

“Despite limited office supply next year accepting POGOs (Philippine Offshore Gaming Operators), the offshore gaming sector is still expected to drive office demand but on a slower phase compared to 2019.

The main factor of POGOs growth in the office market will always be grounded in the ‘office supply.’ [The] POGO sector is expected to slow down next year because of the limited available supply in the Bay Area.”

Clearly, with the property growth and economic gains provided to the Philippines by way of the POGO industry, the nation is in no hurry to put the cash cow out to pasture.

Instead, you can expect Duterte et al. to milk it for all it’s worth.

Just ask El Presidente what he thinks about that.